Virat-Anushka – a magical bond or a fleeting romance? Tests Ganesha. 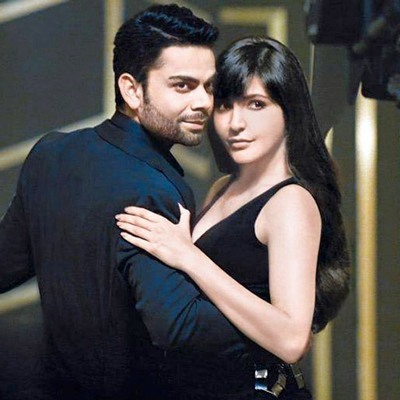 One of them is the Indian cricket’s latest golden boy, being hailed as one of the finest batsmen in the contemporary cricket, while the other is a Bollywood actress of great repute, well-known for her brazen, vivacious performances. The pair together they form, besides being supremely handsome, is amazingly enchanting, for the simple reason that two of them seem so different than each other.

Despite being tagging along together everywhere, from international tours to cosy dinner dates, since months now, the couple, on its own, has refused to come out clean about the relationship status. Although, the relationship is no secret any more, the fans and media is still awaiting a firm declaration from either of the two glittering stars. In fact, far from accepting the truth, there have been rumours both of them being in complete denial. In fact, a few months ago, Anushka, through a spokesperson, said that she has no plans of marrying the mercurial cricketer.

And, as they say, deeper is the mystery, frenetic is the probing – the audiences refuse to let this story dwindle. Plus, with Anushka’s much-awaited PK hitting the theatres with a bang last week, there have been even more speculations on this couple’s status – with even one leading daily claiming that the couple is now all set to move in together!

Well, what has to be, has to be! But, are really Anushka and Virat made for each other? Is the couple slated to enjoy couple-dom as smokin’ hot as their chemistry seems to be? Ganesha does a deep dive and looks at the Solar Horoscopes or the Surya Kundlis, created with the Birth Date and Birth Place Details, of both the shining stars. And, predicts the way ahead.

– The Relationship?
Ganesha notes that Venus, the significator of love, is in Trine between Virat and Anushka’s Chart. This factor indicates the scope of an initially harmonious relationship between the two. Overall too, they may be pretty attracted towards each other.

However, Venus is debilitated in Virat’s Chart, whereas it is powerfully placed in Taurus in Anushka’s Chart, that too – it is the Aatmakaraka planet for her.
This indicates that in the relationship, Anushka may attempt to dominate. As it is, she is born with an exalted Mars, so she would wish to dominate in any relationship.

Anushka and Virat – Is it a Good Match Astrologically?
Astrologically, the couple’s compatibility doesn’t look great, as there are no strong planetary contact points between their Solar Horoscopes.

Touch-points – Both of them have Saturn, Rahu and Ketu in the same Sign. The Retrograde Jupiter in Virat’s Chart falls on Venus in Anushka’s Chart.

Only the above mentioned two contact points do not indicate a stronger probability of marriage.

Anushka and Virat – Is it a Good match Sun Sign-wise?
Anushka is a Taurus by Sun Sign, while Virat is a Scorpio. Both of these Sun Signs are opposite to each other in the Zodiac, so they are likely to have an intense relationship. But, this intensity is liable to go to either of the extremes – positive as well as positive. However, both of the Signs are very dogged – Taurus is possessive, while Scorpio is passionate – and this is where the bone of contention may surface.

In Anushka and Virat’s case, it seems the opposites really attract! Yes, their Sun Signs indicate an initial magnetic attraction. But, also a potential for differences, if each fails to maintain the all-important balance. However, if the feminine (Taurus) charm and the masculine (Scorpio) vigour find each other in real balance – this can be a beautiful relationship.

Anushka’s Career – in next two years?
Ganesha feels that Anuskha’s career progress may remain average till July 2015, but after that, when the transiting Jupiter aspects her Natal Mars – she will be able to progress very well at the career front. One of her good films will also release, during the second quarter of 2016.
Overall, Anushka’s career progress, during next two years will remain moderate. She will have to focus and work harder to hone her career, as the transiting Saturn will be transiting through the 8th House from her Natal Sun, during next 2.5 years.

Virat is born with a retrograde Jupiter. During the upcoming World Cup 2015, the transiting Jupiter too will be retrograde. Mars’ transit will be in Virat’s favour, at that time, as he will be under the influence of ‘Mars return’. Overall, all of this indicates that Virat will be able to perform well during the Cricket World Cup 2015.

Is there a marriage on horizon
Considering the planetary positions found in both the Surya Kundlis, Ganesha strongly feels that the couple may not be in a decisive mode at present. They will want a little more time to decide on this relationship and its future.

At present, although they may be having a good time with each other, Rahu’s transit over Virat’s Natal Venus is going to be crucial, till January 2016, so this relationship may either remain under the dark cloud till then, or the couple may remain indecisive about marriage.

As only Surya Kundlis are available, it will be difficult to foretell if marriage will ‘not’ take place or will take place, but one thing is quite indicative that couple may find it difficult to stay away from each other for a very long time, so the relationship might take a much serious tone in the future, and may seem to be heading in the direction of marriage, despite the mentioned challenges, feels Ganesha.