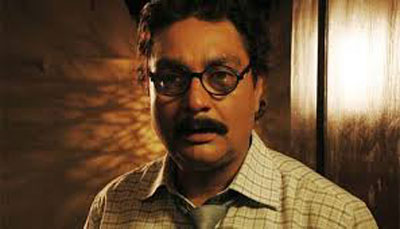 Vinay Pathak, the talented Bollywood actor and a well-known theatre person, excels at portraying the various facets of a common man. Starting his career with television, Pathak is best known for his superior performances in movies like Dasvidaniyan, Bheja Fry, Khosla Ka Ghosla, Antardwand and his comic timing in TV shows like Ranvir Vinay aur Kaun, Hip Hip Hurray and Cricket Crazy.

Pathak is also known for his amazing ability to transform into whichever character he plays. He is the central lead of the recently released film Gour Hari Dastaan – The Freedom File. In this real-life based film, Pathak plays the role of Gour Hari himself – the man who fights a lonely battle against the system – for 32 long years. With this project, the audiences get to see Pathak in a lead role after quite some time, and Ganesha takes this as an opportunity to predict how he shall be received by his fans this time. Read on….

[Owing to the unavailability of credible birth-time of the celebrity, the analysis and predictions have been done on the basis of the Solar Chart/Surya Kundli with the help of her birth date and birth place only.]