Vice Movie Unlikely To Do Well In India, As Per Ganesha’s Prediction 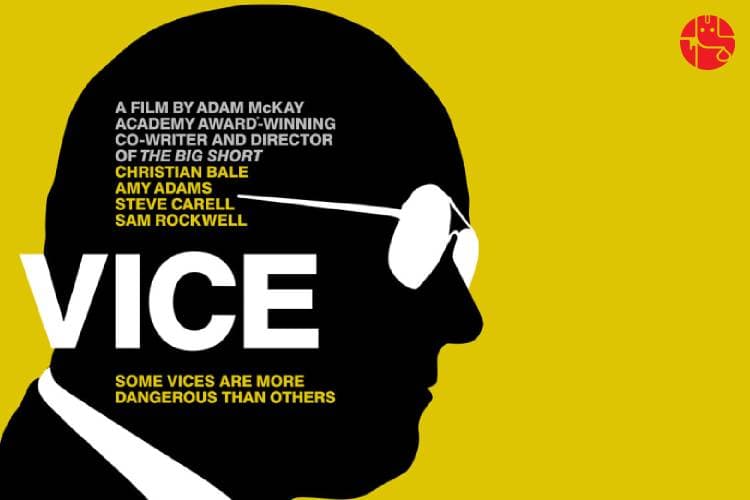 Indeed, movies are important not just in India but across the world. In fact, Hollywood with its most advanced technology and well-researched artistic skills, scores higher in many respects when compared to Bollywood, the Indian Hindi film industry. Various studies have shown that movies go a long way in influencing social developments at large. At the same time, movies reflect the prevailing culture and contemporary social trends as cinema is nothing but a product of society. The types of movies which have been made in Hollywood belong to a wide range of subjects, perhaps all the areas which fall under human perception.

One of the important genres which is popular in Hollywood is politics. Well, a new Hollywood movie on the political theme is all set to hit the cinemas in a few days from now. Yes, Vice is going to be released on 25th December 2018 in the United States of America (U.S.A.).

Vice is a biographical comedy-drama movie, which is written and directed by Adam McKay. The movie stars Christian Bale as Dick Cheney, with Amy Adams, Steve Carell, Sam Rockwell, Alison Pill and Jesse Plemons in supporting roles. The film depicts Cheney chasing his desire in politics as he goes on to become the most powerful Vice President in the history of America. Vice is the 2nd theatrical movie which depicts the George W. Bush administration, after Oliver Stone's W., and is the 3rd collaboration between Bale and Adams, following The Fighter and American Hustle.

Well, as much is on stake for the upcoming movie Vice, here is what Ganesha has analysed about the future of this movie. Read on to know the astrology predictions:

The release date of Vice was changed from the 14th of December 2018 to the 25th of December 2018. This was not an appropriate decision, whether filmmakers, distributors or other stakeholders took it. Astrologically, this change should not have been made. The ascendant for this movie is Capricorn, whose Lord is Saturn. The ascendant belongs to Sun’s constellation, Ketu too is of the Sun’s constellation. Mars is in the 3rd house.

Thus, due to the release date change, Vice won’t get much support from Indian viewers. The people here may not appreciate this movie much. So, pinning hopes for this movie in the Indian territory will be a mistake, sees Ganesha. However, for sure, selection of the cast, the hard work put in by the filmmakers, their creativity seems extraordinary. Besides, Vice movie deals with political and the historical theme, the movie should interest the audience in other parts of the world. This movie may perform well. But about your professional performance? Access 2020 Career Report to know the future.

The experienced vision of Vice movie makers has contributed to the development of this movie. This vision will also guide other artists performing in this movie so that it will be qualitatively a very good movie, from various aspects. The performance of female artists too will add to the movie’s quality, and it may also attract more of the female audience. At the same time, critics will have their hold.