Anything associated with the Aamir Khan Productions is bound to generate buzz around the town. ‘Dhobi Ghaat’, a story shot in the hustle and bustle of Mumbai, with four protagonists and how their lives intersect, is the next to come out of Aamir’s kitty.
Releasing on 21st January, 2011, it has caught the eyeballs of the audience, thanks to the intriguing star-cast, screenplay and storyline. The film stars
‘Mr. perfectionist’ himself, Prateik Babbar, Monica Dogra and Kirti Malhotra, who play the roles of a painter, a washer man, a banker cum photographer, and a Muslim woman respectively. Kiran Rao, co-producer of the film, has certainly chosen a road less travelled for her maiden directorial venture.

Will ‘Dhobi Ghaat’ be able to maintain the cent per cent success ratio of ‘Aamir Khan Productions’? Will Kiran Rao prove to the world that she too is a ‘Perfectionist’, just like her husband? Or will the film get washed away at the ticket window? Ganesha answers the questions with the help of Vedic astrology. 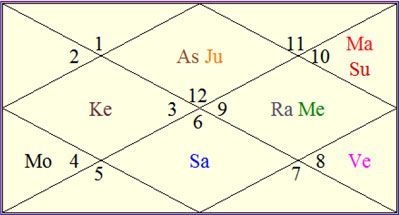 Good luck and may Lord Ganesha bless the cast and crew of ‘Dhobi Ghat’.