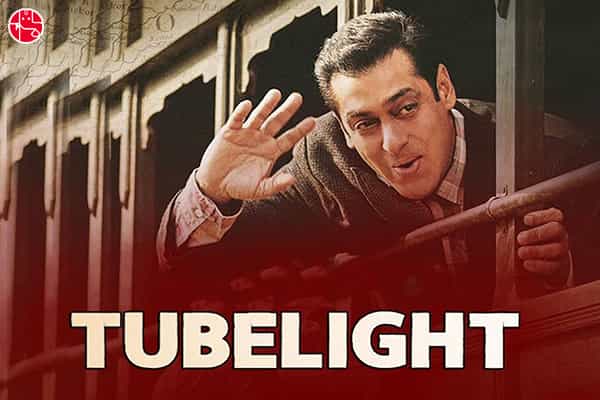 “Mankind must put an end to war before war puts an end to mankind”, said the famous US President John F. Kennedy. Well, this truth also forms the underlying message of the latest movie Tubelight starring Salman Khan in the main cast.

The much publicised Tubelight is an Indian war drama film written and directed by Kabir Khan. The film is produced by Salman Khan and Kabir Khan.

Set in the backdrop of 1962 Sino-Indian war, the movie depicts how people get affected when their countries go to war. Particularly it is the journey of a character called Laxman Bisht Singh (Salman Khan) a gullible, good-hearted person who sets out to find his brother Bharat (Sohail Khan). Life is full of uncertainty and confusion. But if you have any question, you can access the Ask Any Question Report and get the answer.

There are huge expectations from this movie and everybody is guessing about its performance. Well, do you want to know what Ganesha thinks about this movie? Read on to find Ganesha’s astrological predictions about this movie:

The movie Tubelight will have Cancer Ascendant in it’s horoscope and the Ascendant Lord Moon will be placed in the 11th house, which is the house of gains. Major planets will be placed in Ardra constellation and constellation Lord Rahu signifies the 2nd house. This indicates that Tubelight will be driven by a strong content. People will keep coming to watch Tubelight and it’s plot will be satisfactory. Meanwhile, Venus staying in it’s own constellation shows perfection in film production. The presence of natal Ketu in the 8th house shows that the entire crew team of Tubelight must have done lot of research while creating this movie.

Salman May Carry The Movie On His Shoulders

As said earlier, Venus will be placed in it’s own constellation, in the 10th house. This denotes the star factor meaning we can expect strong performance from the leading cast of Tubelight. Even the co-workers will try to put in their best. The position of natal Moon and Saturn may create an opposition factor which could imply that some viewers may not like Tubelight. In other words, some geographic and demographic sections may not be warmly responsive to Tubelight. However, Salman Khan will exhibit his stardom and the Salman-Kabir combo may influence and make Tubelight a success. This movie may do roaring business. But what do the stars say about your business? Buy the Free 2017 Business Report and know the answers.

The Movie May Surge Ahead In Collections

As mentioned earlier, major planets are placed in Ardra constellation and the constellation Lord Rahu signifies the 2nd house. Besides, the Ascendant Lord Moon is placed in the 11th house. All these factors point to a good opening in the major territories. Chances are also there that Tubelight may break records, chiefly due to the performance of Salman Khan. Tubelight will gradually surge ahead in revenue collections. As Stellium is in the 12th house, there are chances of better rewards and recognition in the overseas markets.

Ganesha wishes good luck and a bright future ahead to the team of Tubelight.