Fame, Success and Romance shall be peeking in Tom Cruise's life, Says Ganesha... 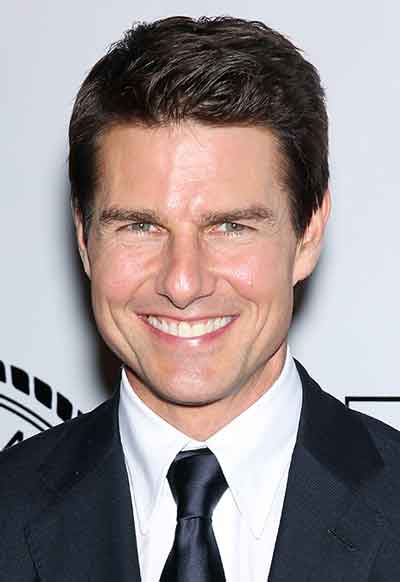 Extraordinary fame, Overwhelming stardom and Tremendous Popularity- these things are some of the aspects that are magnificently personified by the man with the killer-looks and mesmerising charm- Tom Cruise! He is literally a super-actor and a star-performer and is one of the most popular faces of Hollywood. Starting his career at the age of 19 in the film Endless Love, there's been no looking back for Tom, who seems to have been born to exemplify stardom! Having acted in successful films like The Last Samurai, Vanilla Sky, War of the Worlds and innumerable others and even winning a lot of awards for his spectacular performances, he has wooed the movie-lovers like never-before! He has also been rated by Premiere among the top 20 in its annual Power 100 list, 100 Sexiest Stars in Film History among various others. He has been named the most Powerful Person of the Hollywood more than one time! His life is surely an illustrious one and is a sky full of bright stars! Currently, his next film- Mission Impossible: Rogue Nation is set ot release in the last week of July. So Ganesha, with the help of Astrology, predicts how his next Movie will fare and what the future has in store for him. Read on....
Tom Cruise
Date of birth :-  03rd July, 1962
Birth Time :-      15.06 P.M..
Place of Birth :- Syracuse, New York, USA
Natal Chart

Astrological Observation
Astrological Predictions :-
1) What are the planetary placements and combinations that make him such a hugely successful star?
2) How is his upcoming movie- Mission Impossible: Rogue Nation going to fare? Will the audience get thrilled?
3) How will be the matters at the romance-relationship front be for the actor?
4) What does the year ahead have in store for him?
Ganesha wishes great luck to Tom Cruise for his forthcoming film and may he achieve even greater success.
With Ganesha's Grace,
Rantidev A. Upadhyay and Aaditya Sain
The GaneshaSpeaks.com Team
Share