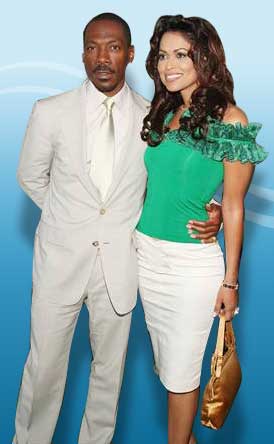 News is that Hollywood Star Eddy Murphy will remarry his partner Tracey Edmonds in the U.S. after the revealation of their invalid marriage in French Polynesia. As is the tradition that the couples who marry in foreign countries have to undergo a legal ceremony in America, it is believed that Eddy Murphy will tie the knot again with Tracey Edmonds.Ganesha predicts what life has in store for him after marriage. 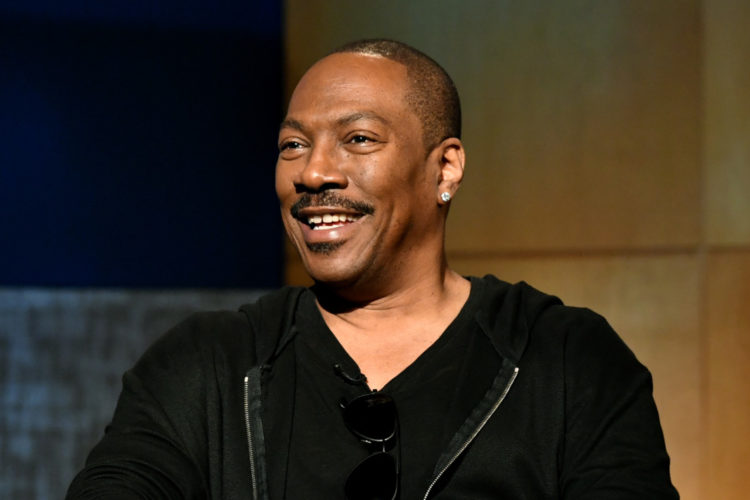 Eddy Murphy has Cancer Ascendant and the Lord of Ascendant Moon is placed in the 4th house with Neptune. This makes him intuitive, energetic, daring, self-confident and enthusiastic! He is passionately inclined and able to assert his willpower to go forward and ride against the tide, to reach his goals and fulfill his dreams. Venus placed in the 10th house of profession is retrograde and Vargottama, which makes him a very good actor and superb artist.

Mercury is the planet of wit and is customarily prominent in the chart of comedians. When Jupiter combines with Mercury, it increases Mercury’s intelligence, wittiness and gift to see the funny and brighter side to life. In his chart, Mercury is placed in the Atmakaraka planet and placed in the Nakshatra Purvabhadra, which is ruled by Jupiter clearly suggesting his talent as a comedian.

On May 2, 1997 Eddy Murphy was arrested with transexual prostitute Atisone Seiuli. The scandal prompted several other sex workers to come forward to the media about their alleged meetings with the actor. In Eddy’s chart, retrograde Venus is placed in the 10th house and 7th house from the Moon squaring Saturn. Adding to this, Venus is placed in the fiery Aries Navmansa with Moon and Mars indicating strong drive for sexual pleasure and seeking various unorthodox ways to fulfill his sensual requriments.

Murphy was rumored to have dated Whitney Houston before meeting his exwife Nicole Mitchell. In August 2005, Mitchell filed for divorce, citing “irreconcilable differences.” The divorce was finalized on April 17, 2006. In Eddy’s chart, the Lord of 7th house of marriage is placed in its own sign but in the 6th house of Chalit chart and also debiliated Jupiter is placed with Saturn and Mars is aspecting the house indicating more than one relationship, seperation and stress in realtionship.

Murphy married film producer Tracey Edmonds, former wife of Kenny “Babyface” Edmonds, on January 1, 2008. He is currently under the influence of Mercury-Jupiter-Mercury period and Jupiter is the Lord of 9th house placed in the 7th house responsible for his re marriage. His married life will be in dire trouble around May 2009 that will result in divorce.