The year ahead may alter Manisha’s outlook towards life, predicts Ganesha 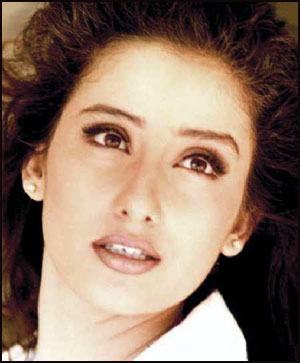 Her Nepali nationality has never become a hurdle for her career. In fact, it will be unfair to consider this ethereal beauty a foreigner. After all, she has spent her childhood in Delhi and Varanasi and has grown up in India. Who’s she?

No prizes for guessing – it’s Manisha Koirala we are talking about! The Nepali beauty came into the Indian film industry like a breath of fresh air! Although her debut Hindi film Saudagar starred Bollywood heavyweights, Raj Kumar and Dilip Kumar, she managed to make her presence felt. Over the years, she has given her audiences some wonderful performances in the films like 1942: A Love Story, Bombay, Khamoshi: The Musical, Dil se, Lajja etc. She is also actively involved in social work, especially issues related to women’s rights, prevention of human trafficking of Nepali girls etc.

Once voted as the most beautiful actress of Bollywood, Manisha has not been having much success at the box-office for a number of years now.
Her social work has changed a lot of lives, but her own personal life has gone through a plenty of ups and down. How is her next year going to be? Will she be able to solve her personal and professional problems? As her birthday is round the corner, Ganesha, with the help of Vedic astrology, tries to find out the answers. 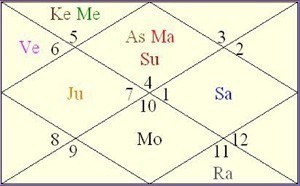 All in all, the year ahead seems very average for Manisha’s film career. She may continue her spiritual journey in the next year as well.