The audience will thank the director of ‘Thank You’ for an entertaining flick, predicts Ganesha

It was the World Cup that was the centre of attraction for the whole nation till 2nd April. But now, people are back to their age-old entertainment
formula: cinema. A multi-starrer, romantic-comedy flick, ‘Thank You’ is set to hit the cinemas this Friday. Anees Bazmee’s films like No Entry, No Problem, Welcome, and Singh Is Kinng have never failed to click with the audience, and the expectations from his new flick are no less. The story of the film revolves around three hunks, who plan to spice up their lives by adding the ‘tadka’ of extra-marital affairs. Since Bazmee has used the same formula in both ‘No Entry’ and ‘No Problem’, some element of novelty is what everyone will look forward to. However, there are few attractions that would lure the audience: the Akshay Kumar – Sonam Kapoor jodi, and of course Mallika Sherawat’s item number.

Thank You is slated to hit the theatres on April 8, 2011. But, the Indian Premier League too gets started on the very same date. Will the IPL fever kill the fun for ‘Thank You’? With the the help of Vedic Astrology, Ganesha finds out. 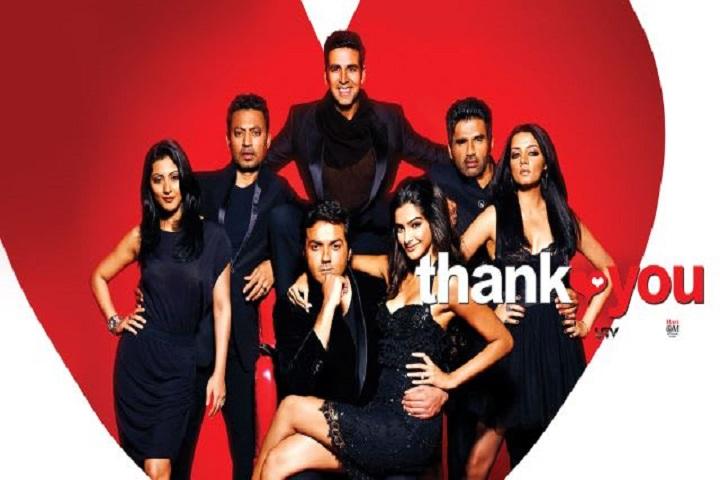 Ganesha’s best wishes are with the cast and crew of ‘Thank you’.