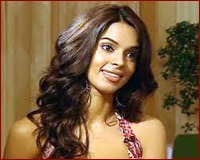 The ‘Khwahish’ of many, Mallika Sherawat, came to the ‘city of dreams’ from a nondescript North Indian town, and managed to clear the myth that one needs godfathers to make it big in Bollywood. The once hot property, the queen of scandals, Mallika Sherawat still rules a million hearts. With films like ‘Murder’ and ‘Pyaar ke side-effects’, she did start impressively, but the magic wavered somewhere. Her magnetic charm and raw sensuality were instant
hits, but, alas, were short-lived. Undeterred, she began globe-trotting, and intrigued many a critic. She might not have been tasteful in the real sense of the word, yet she did manage to make the crass HOT!

Her film ‘The Myth’ opposite Jackie Chan created an uproar in and outside the industry. Another crossover film later (‘Hisss’), Mallika was seen making glamorous appearances at international film events, on the arms of Hollywood stars. There was a time when her frequent appearances at the Cannes film festival sent the international media into a frenzy.

In the coming year, Mallika will be seen in an international project ‘Politics of Love’, and at home, she will be doing a ‘Munni’ for a Kannada film. As the sizzling actress prepares to ‘Welcome’ a new year in her life on 24th October 2011, Ganesha, with the help of Vedic Astrology, predicts her year ahead. 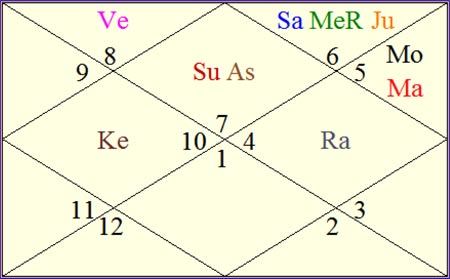 In short, barring few flicks, Ganesha feels that Mallika won’t be appearing in any major roles during 2012. Last quarter of 2012 looks a little better, but, by and large, it is the year of struggle for her. She may grace public functions and film premiers during the year, though.