Teacher Of The Year | Astrological Review 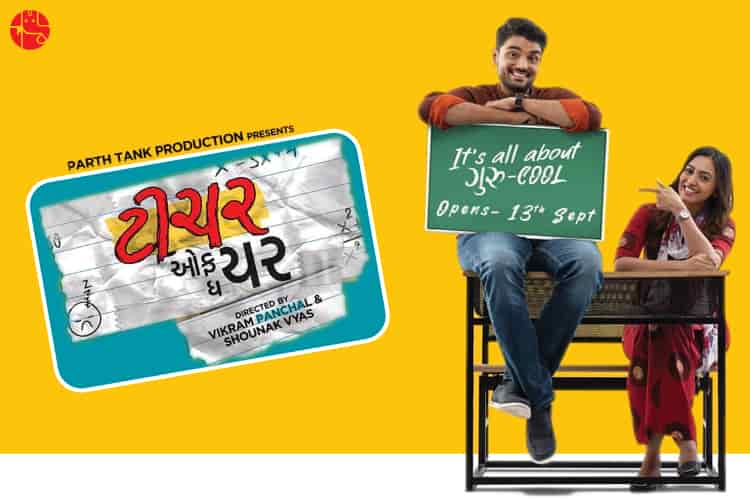 Get ready to travel back to your school time!

Yes, Vikram Panchal and Shaunak Vyas directorial, Teacher Of The Year movie promises new challenges and brand new drama that will connect all the students.

Till now the teachers used to take the exam for students, but this film comes with a little twist. Now the students will take the exam of Teachers about their knowledge and patience. Because they have to find 'Teacher of the Year'.

The lead characters in the movie are essayed by Alisha Prajapati, who was the part of 'LoveYatri' and Shaunak Vyas, who was last seen in 'Chhuti Jashe Chhakka'. The film produced by Jayantibhai Tank and Parth Tank also features famous faces like Mehul Buch, Ragi Jani, Nisarg Trivedi, Archan Trivedi and Jitendra Thakkar. With all these names, the film is launching a Full Entertainment Package.

The teaser of the film is promising, which will remind you of the old school days. There is dance, romance and race for Teacher of the Year.

Without further ado, let’s see Ganesha’s prediction for the movie?

Teacher of the Year Movie Prediction :

How Teacher of the Year Will Perform?

The lord of the tenth house of business Moon is placed in the fifth house, which is a better sign for the future success of the movie. But, the natal Saturn and Sun-Mars are aspecting the natal Moon, which indicates that the crew team will need to put more efforts through advertisements and campaigns. Though the film will run parallel on various tracks like comedy riot and love story too.

What will be the star cast performance?

The majority of the planets are placed in fire signs which demands efforts towards success. Also, the natural significator of success in media Venus is debilitated.

Saturn's influences may test the patience of the whole star cast involved in the project. Thus, the above factors show uncertainties regarding the performance of the lead cast. Although their performances will be excellent, it may probably get unnoticed. Even critics and other film evaluation firms may also show lesser interest to appraise them.

Considering various planetary aspects, Ganesha feels that this movie will perform average and moderately earn well through various means. Amid odds, Jupiter is aspecting the tenth house, which will improve chances of accumulating better business.

However, the planetary influences in the chart show some challenges to stay stead at the box office. Summarily, this film is likely to attract a mixed audience as we may not be able to discriminate them among mainstream and artsy.

As stated, the most beneficial planet Venus, is debilitated and adversely influenced by Saturn. Hence, the music directors, composers, singers and other allied entities might have an average response from the audience.

An attempt at making various song tracks will remain below expectations, however, some dialogues will remain in people’s mind.

Teacher Of The Year is set to release on September 13, 2019. The film nurtures certain Ideologies about the education system that must be holistic and practical in approach.

The lead is asked to choose the best teacher at a reality Television contest, he struggles to establish the ancient fivefold education system.

Boost your learning, knowledge and wisdom through Saraswati yantra.

For the process of selecting the best teacher of the year, students from different schools are invited to take the exam. It will be interesting to see how the teachers will deal with these students and the situation they are facing.

Ganesha wishes good luck and a bright future ahead to the entire team of Teacher Of The Year Gujarati Movie.