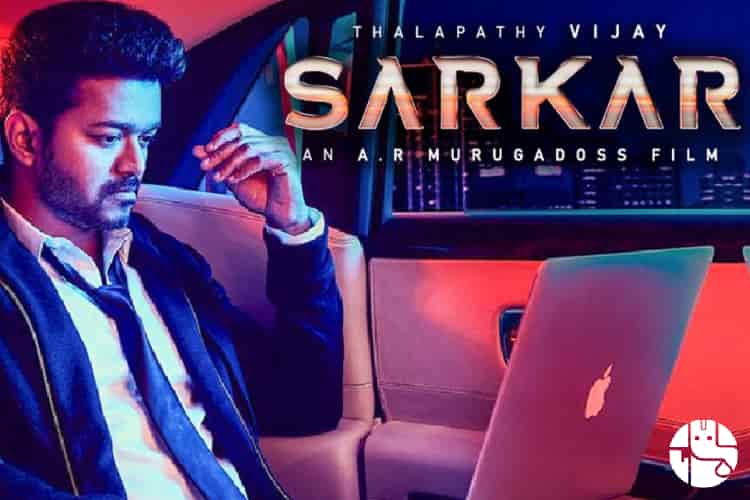 It is often said that the movies which get into a controversy do better business as they come into focus and attract attention far and wide. Well, Sarkar is the latest Tamil movie which has sparked controversy. It is facing opposition on two fronts: one, it is stated that the movie is tacitly promoting smoking and the second, that the movie is involved in plagiarism. However, the latter issue has been resolved recently. The movie is directed by A R Murugadoss, with Vijay as the lead cast.

The poster of Vijay’s upcoming film Sarkar, in which he is seen poised in his signature style, ready to light a cigarette, has revived the controversy surrounding the portrayal of cigarette smoking on screen.

The first look of the film was released by Sun Pictures and soon thereafter former Union Health Minister Dr Anbumani Ramadoss took a dig at the lead actor. He has said, “Shame on Actor Vijay for promoting Smoking in this first look of his next movie.”

The first teaser of Sarkar was released on October 19. Soon after, the Vijay starrer was caught in a controversy. It was reported that writer and assistant director Varun Rajendran has filed a complaint against Murugadoss with the South Indian Film Writers Association. In his complaint, the writer has accused that Sarkar’s story is a replica of his work titled Sengol which he registered in 2007 with the Writer’s Union.

However, in a recent development, director AR Murugadoss and the makers of Sun Pictures agreed to compromise with the writer Varun Rajendran. The issue has been resolved and Madras High Court has been informed about this.

How will Sarkar movie fare? Will the controversies make or mar the prospects of this movie. Here is what Ganesha has predicted about the future. Read on to know:

Sarkar To Perform Better In India

Ganesha feels that the movie Sarkar is likely to do better business at the box office within the Indian territory. Thus, the movie will be able to recover its costs. It may even earn surplus revenues as seen by Ganesha.

It doesn’t seem that the movie will be impacted due to the controversies. On the other hand, controversies may make the movie more popular. As the movie Sarkar has become the centre of attention, so more people will come to watch it, as per astrology prediction.

Movie May Not Do Well Overseas

However, Sarkar may not do well overseas. Most of the revenues that this movie will garner will come from India, says Ganesha. There won’t be much craze for this movie overseas. Are you concerned about your career? Buy the Career Ask A Question Report.

Movie’s Translation In Other Languages Will Do Well

At the same time, when Sarkar is translated into other Indian languages and shown, it may do very good business, foresees Ganesha. So, the movie will be well received in other states (other than Tamil Nadu).

Will Run Parallel On Multiple Tracks

Jupiter is the lord of the 5th house and is well placed in Ascendant. This astrological placement points to better opportunities for earning money. Besides, the movie Sarkar will run parallel on different tracks like social satire, action/thriller, comedy, drama and so on. Do you have any query about your financial earnings and wealth generation? Access the Wealth Ask a Question Report.

Sarkar May Face Opposition From A Section Of Society

Malefic Rahu is placed in the 9th house of fortune. This points to movie facing objection or resistance from certain communities or even government. The opposition to this movie may even acquire a political colour.

Overall, Sarkar Will Make A Mark

On the whole, this movie will make a mark, feels Ganesha. Movie Sarkar will also be remembered for the good performance of its star cast. Despite controversies, the audience will cherish this movie.