Tabu may amaze the audiences in Drishyam, says Ganesha… 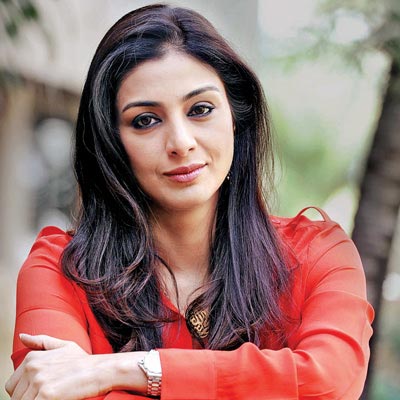 Ajay Devgn has been profusely praising Tabu for her performance in Drishyam and there has been a lot of buzz regarding the actress playing the role of a tough cop. So Ganesha takes a look at the Solar Horoscope of the actress and predicts the way ahead. Let’s take a look…

Owing to the absence of credible birth-time, the analysis and predictions have been made with the help of the Solar Chart/kundli, on the basis of the Birth-time and Birth-place.

Astrological Predictions
1) What do the stars indicate about the actress?
Considering the transit of planets through the Solar Chart of Tabu, Ganesha feels that the stars will not be much favorable to her regarding her career in Bollywood. Jupiter will be transiting through the Leo sign, and will be aspecting Mars posited in the 5th House of performance post 14th July, 2015. The transit of Saturn will be over Mercury, Jupiter and Venus through the 2nd House (Finances) of her Solar Chart, so she may not have considerable financial gains.

2) As the buzz suggests, Will she be able to amaze the movie-goers with her performance in Drishyam? What do the planets say?
Jupiter’s aspect will be there on the 5th House of the Solar Chart and over her Natal Mars, so her performance in this movie and specifically this role will be highly appreciated.

3) Will Drishyam give a boost to her career in Bollywood and will we get to see her in more films in the coming few years?
It seems that ‘Drishyam’ may not be able to give a boost to her career. The negative affect of transiting stars may not give her an expected platform to grow but still she may be able to get one or two films during the transit of Jupiter through the Leo sign, which will be in sextile with the Sun of her solar Chart, post 14th July, 2015, till the period of one year.

In short, the coming year will prove to be little tough for her. She will have to work harder to succeed.
Ganesha wishes good luck to Tabu for her forthcoming film.