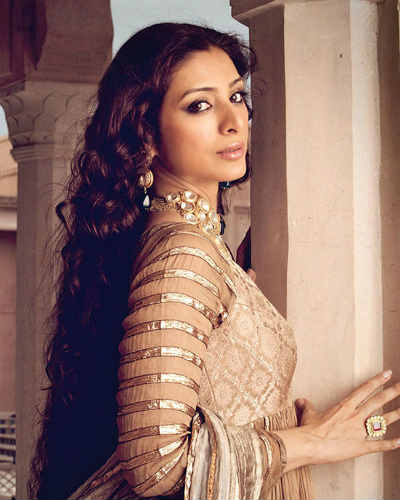 Winner of the National Film Award for Best Actress twice, Tabu is an Indian actress who has acted not only in Hindi films, but also in Telugu, Tamil, Malayalam, Marathi and Bengali films, as well as one American film. She has also won the Filmfare Critics Award for Best Female Performer. With a few exceptions, she is best known for acting in artistic, low-budget films that go on to garner more critical appreciation than substantial box-office figures. Her appearances in commercially successful films were few, and her parts in these films were small, such as Border, Saajan Chale Sasural, Biwi No. 1 and Hum Saath-Saath Hain. Her most notable performances include Maachis, Virasat, Hu Tu Tu, Astitva, Chandni Bar, Maqbool and Cheeni Kum. Her leading role in Mira Nair's American film The Namesake (2006) also drew major praise.
Tabu is regarded as one of the most talented Indian actresses of her generation.
Tabu-Bollywood Actress-2016
Date of Birth: 04th November, 1971
Birth Time: Not known
Place of Birth: Hyderabad, Andhra Pradesh, India
SOLAR CHART

[Owing to the unavailability of credible birth-time of the celebrity, the analysis and predictions have been done on the basis of the Solar Chart/ Surya Kundli with the help of her birth-date and birth-place only.]
Important astrological observations:
Astrological Predictions:
Ganesha wishes good luck to Tabu for her forthcoming films.
With Ganesha's Grace,
Rantidev A. Upadhyay,
The GaneshaSpeaks.com Team.
Share