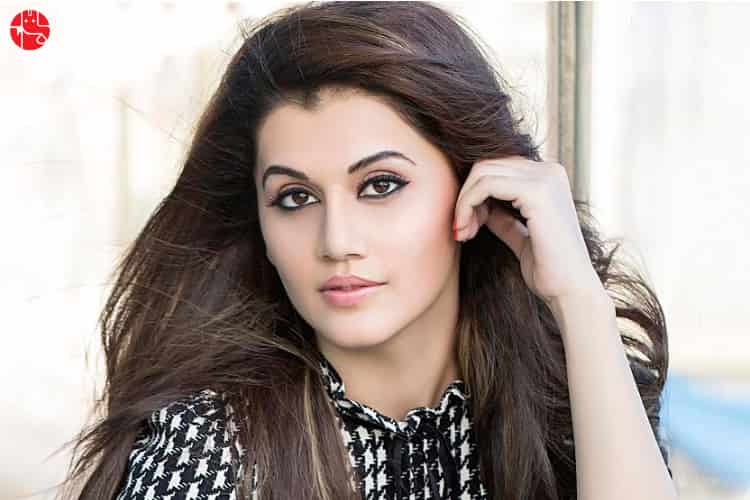 This beauty floored us all with her adorable smile and her impressive acting skills. Born on the 1st of August, Taapsee Pannu wasn’t always an actress. She completed her software engineering and worked as a software professional before becoming a model. After a few years of modeling, she shifted her focus to acting. She made her big-screen debut in 2010 with a Telugu movie called Jhummandi Naadam. Her second film, Aadukalam (2011), was a ginormous hit in the Tamil industry. A few more South Indian flicks and two Filmfare South nominations later, the birthday girl made her big-time Bollywood debut with Chashme Baddoor in 2013.

One of her most successful ventures includes Baby (2015), where she played an undercover agent. And let us tell you, this flick was super-duper marvelous and it marked Taapsee’s start to a magnificent career. In 2016, she starred alongside Amitabh Bachchan in the court-room drama Pink. This film was not only a freaking commercial success, but it was also loved by critics. Taapsee nailed her performance to the T. She later went on to do brilliant films like Naam Shabana, Badla, Mulk, and Manmarziyaan. Her upcoming projects include Prakash Raj’s Tadka, Jagan Shakti’s Mission Mangal and Tusshar Hiranandani’s Saand ki Aankh (lol!).

Taapsee Pannu has been the talk of the town because of her awesomeness. What we really want to know now is about her future. Read on.

The planetary situations in the upcoming year may remain highly influential for her superb career. She is likely to remain involved in making new deals and contracts for films and endorsements. Good for her. Occupationally, this is a good time as she is likely to be honored, and her status would also take an upwardly move. Ooh, we are so ready to see her get awards and stuff! She is likely to maintain a freaking amazing rapport with people around her. Overall, she will be able to maintain a progressive occupational graph in the coming year.

The influence of Saturn's transit indicates a period of power and position in society. She will gain a higher position or an authority position during this period. Cool! She will also achieve super-cool new heights and will be in a respectable position in her social circle. Not to mention, her finances will expand like hell. People will honor her and give respect. Duh! After all, she worked really hard to get where she is now. She will be successful in anything she wishes to take up. So will be the case with all the disputes. However, her mental state will not be calm, and she may feel restless at times. She may have to travel for various reasons during the period.

As far as her personal life is concerned, Taapsee Pannu will totally be inclined towards creative and artistic activities. Her social appearance will be more charming and attractive than ever. More attractive than now? Say what!?!? She will also partake in some auspicious events happening during this time period. However, there can be some negative vibes which will ruin her career plans. These vibes may also affect her relationships. We really hope not! *fingers crossed*

To Get Your Personalised Solutions Talk To An Astrologer Now!