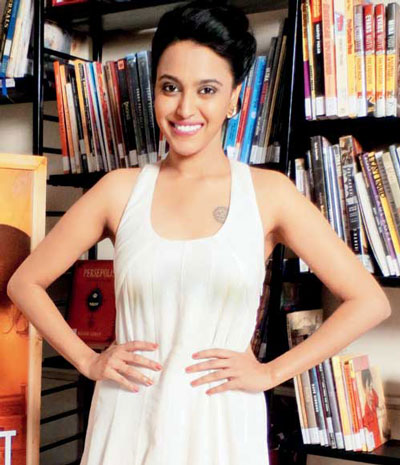 Swara has it in her to be a successful performer; super period starts for her after Saturn leaves Scorpio in January, 2017.
Talented, young Indian actress Swara Bhaskar, first noted for her ebullient performance in the Bollywood blockbuster Tanu weds Manu 1, recently won the best actress award for the film Nil Battey Sannata (the new classmate) at the Silk Road Film festival in China. The spunky Raanjhana actress plays the role of a teenager’s mother in the film. Now, what lies ahead for Bhaskar, who despite oodles of talent, hasn’t really done many projects? Ganesha reveals.

[Owing to the unavailability of credible birth-time of Swara, the analysis and predictions have been done on the basis of the Solar Chart/ Surya Kundli.]

1) This actress, considered a hugely talented performer hasn’t yet comprehensively established herself. Currently, do the Planets favour an increase in her popularity?

2) Will she go on to become a highly successful actor?

3) Will she bag more film projects in the coming months?

Ganesha wishes a great time ahead to Swara Bhaskar and wishes her luck for her forthcoming films.