Overview of Sunny Deol’s Career in Bollywood by Ganesha 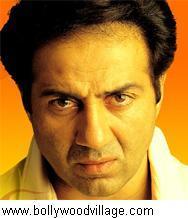 Son of the real macho man of the hindi film industry Dharmendra, Sunny Deol is out of the scene since a long time. He made his acting debut in the blockbuster movie Betaab in 1983. Success followed him after this and he gave top-notch performances in movies like Ghayal (1990), Tridev (1989), Vishwatma (1992), Imtihan (1995), Ghatak (1996), Ziddi (1997), Border (1998) and the list goes on…He also made his debut as a director with Dillagi (1999) starring younger brother Bobby Deol and Urmila Matondkar. However, the movie did not succeed to make any mark on the silver screen. He was recently seen in Apne (2007) sharing screen space with father Dharmendra and younger brother Bobby Deol. This was the first time when all the three Deols came together on silver screen. Here, Ganesha will examine how is his future in Bollywood.

Sunny Deol is born on October 19, 1959. Ganesha strongly feels that in the year 2008 he may start working on a `mega project’. His creative skills may be sharpened. Sunny’s performance may also improve and he will be willing to do something extra ordinary. Financially, this is likely to be average time for him and he will have to play with investments very carefully. Second half of 2008 seems much important for Sunny Deol’s career and personal life both.

Ganesha wishes him all the luck for future!