Stars urge the singer Sunidhi Chauhan to learn the art of fine-tuning! 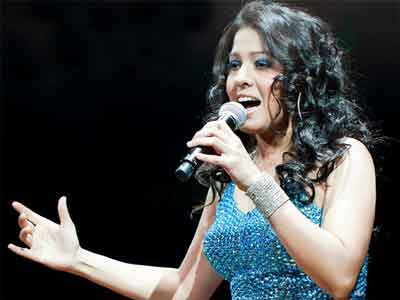 Sunidhi Chauhan is a famous Indian playback singer, renowned for her songs in Bollywood movies, and several regional language films. This versatile and pretty singer with a silky voice is regarded as an ideal playback singer for all the contemporary actresses in the Hindi film industry. She has received many prestigious national awards and has also established herself as a vibrant live performer. Sunidhi performs stage shows and also appears on television as a judge in some singing reality shows. She has re-married Hitesh Sonik after parting ways with her ex-husband Bobby Khan. This singing sensation will celebrate her birthday on 14th-August…..What lies ahead for Sunidhi Chauhan?…..finds Ganesha……
p { margin-bottom: 0.21cm; direction: ltr; color: rgb(0, 0, 0 p.western { font-family: “Liberation Serif”,”Times New Roman”,serif; font-size: 12pt; p.cjk { font-family: “WenQuanYi Micro Hei”; font-size: 12pt; p.ctl { font-family: “Lohit Hindi”; font-size: 12pt; 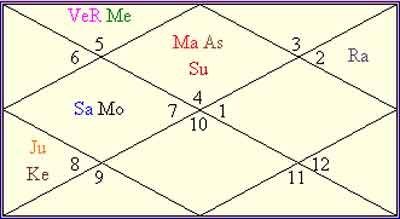 [Owing to the unavailability of credible birth-time of the celebrity, the analysis and predictions have been done on the basis of the Solar Chart/Surya Kundli with the help of her birth date and birth place only.]

Ganesha wishes a great time ahead to Sunidhi Chauhan, and wishes her a very happy birthday.