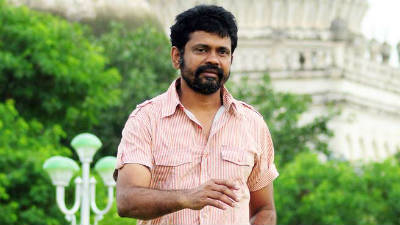 Ganesha predicts that the director will be nominated for some award in the period before 11th August, 2016!
Sukumar Bandreddi or just Sukumar is a bright star, who has been shining brightly in the South-Indian film industry with his brilliant film-making skills! Born in East Godavari, Sukumar did his schooling from the ZP High Schoolm Razole and graduated from Government College, Razole. This master director also worked as a mathematics lecturer at Aditya Educational Institutions in Kakinada. Having made his film-making debut with the blockbuster romantic comedy – Arya, which fetched him the Filmfare Award for Best Director, Sukumar has come a long way and has established himself as one of the most prominent directors of the South-Indian film-industry. He has also won the Nandi Award for the Best Sreenplay Writer. His next assignment is Nannaku Prematho, which is being touted as an action-drama and will be starring NTR Junior. Sukumar seems to be surrounded by a lot of action and activity currently, but what do his planets indicate about his future in 2016 and beyond? Will he be able to deliver another super-duper blockbuster hit in the coming months? Let’s find out with this special astrological take by Ganesha!

Astrological Picture during the year ahead:

A broader look at the times to come…