Sucess may not come on a platter for Tusshar Kapoor in 2012. 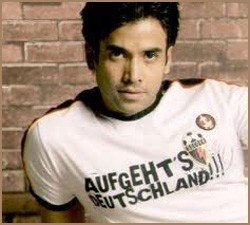 Following in his famous father Jumping Jack Jeetendra’s footsteps, Tusshar Kapoor entered Hindi film industry with the very sentimental Mujhe Kuch Kehna Hai in the year 2001. The movie set the cash registers ringing, more because of the charm of the fresh lead pair and the very lovely Kareena Kapoor than the storyline. But, a hit is a hit! Tusshar had made his presence felt. He had managed to intrigue the audiences with his brooding looks and famous lineage. Add to that the strong support of his super successful producer sister Ekta, and here was a sure-shot hit actor in making. But it was not meant to be. A string of forgettable films later (some of them produced by Ekta Kapoor herself) Tusshar was still waiting to make it big. Critics were quick to write him off, and so were the audiences.

The promising star kid had been relegated to the background, despite his dancing ability and spontaneity. However, in 2006, Tusshar’s career received a new lease of life with Golmaal, where he played a mute yet comic character named Lucky. In this unconventional role, Tusshar grabbed a lot of attention, audiences laughed at his antics and fell in love with his character. Lucky proved to be truly lucky for Tusshar, as he received a number of awards and critical acclaim for his hilarious performance. Two sequels of Golmaal later, Tusshar has done his best to avoid getting typecast, and has appeared in a variety of roles. Today, films like Shootout at Lokhandvala, Shor in the City have helped him establish himself as a versatile actor.

Tusshar celebrated his birthday recently, and awaits the release of ‘The Dirty Picture’. What will the coming year bring for him? When will he be able to carry a film single-handedly on his shoulders? What kind of roles should he take up? Ganesha, with the help of Vedic astrology tries to find out all this and more. 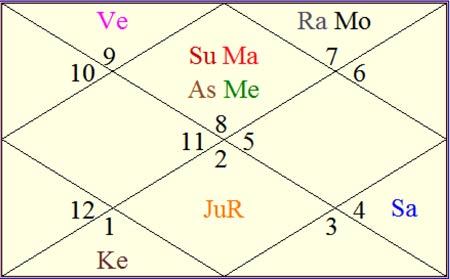 Overall, the year ahead is likely to be very average, as far as Tusshar’s acting career is concerned.