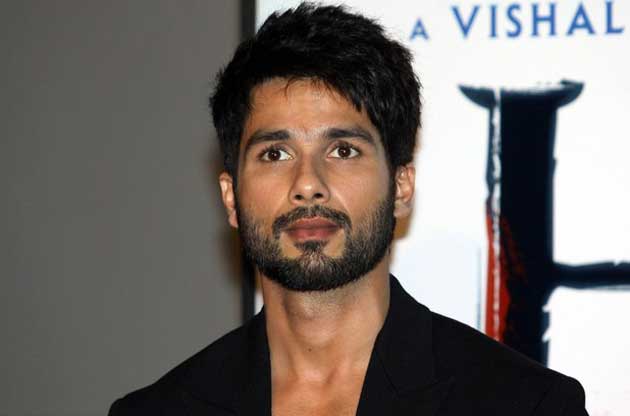 A superbly talented dancer and a versatile actor, chocolate boy Shahid Kapoor zoomed off his career while quite young. Born to the gifted actor Pankaj Kapoor and actor/dancer Neelima Azeem, Shahid routed his career path in a way that he was already a known face by the time he set his foot in the Bollywood, thanks to his cute-boy Pepsi advertisement and notable music videos’ appearances. Part of the ace choreographer Shiamak Davar’s dance troupe, he was first noticed on the silver screen in the Kahin aag lage song of Subhash Ghai’s movie Taal. Shahid debuted as an actor in the Hindi film industry with the film.

Ishq Vishk in the year 2003. Despite the cast and crew of many newcomers and a simple friends-fall-in-love storyline, the film was a hit at the box-office, and was appreciated by the audience and critics alike. The role won Shahid the prestigious Filmfare award for Best Male D?but of the Year. A string of flops later, Shahid, once again hit the headlines, thanks to his real life love affair with the queen bee Kareena Kapur. Films like Vivaah, stupendously successful Jab We Met, Kaminey and Badmaash Company helped Shahid establish himself further in the film industry.

However, in spite of it all, something is still missing that stops Shahid from being one of the top-bracket Bollywood actor. In fact, his career graph has had more downs than ups. And, his personal life, especially his love life, always manages to create headlines (for more wrongs than rights).

Shahid will celebrate his 32nd birthday on 25th February 2012. On the occasion of his birthday, Ganesha, with the help of Vedic astrology, tells us what the future may have in store for the birthday boy! Will he experience stability in the coming year? How is his personal life likely to be? Read ahead to find out –

May Lord Ganesha bless the talented actor with a stable love and professional life.