Stars to shower their blessings upon Lara & Mahesh, says Ganesha

Stars to shower their blessings upon Lara & Mahesh, says Ganesha 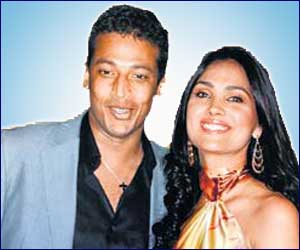 Bollywood beauties' attraction towards muscular sports persons is not unknown. After Shamrila Tagore, Reena Roy and Neena Gupta, there's one more to carry on the legacy. Here, both of them have been in the limelight, gone through heartbreaks and controversies, but no one knew that it would end this way; or rather give rise to a new beginning. Yes! We too, like the tinsel town, are talking about Bollywood babe Lara Dutta and ace tennis player Mahesh Bhupathi. It all started with 'just good friends' and hand-in-hand poses at award functions. It continued with Mahesh's divorce with model Svetha Jaishankar, his wife of seven years. Everyone thought that this was just another passing affair. But, the duo shocked the netizens by tweeting that they have got engaged in New York, and the news spread like wildfire. Finally, Lara too seems to be all blushes after a string of failed relationships - live-in with Kelly Dorjee for eight years and that with Dino Morea. Like you, we too are eager to see the union of two great personalities coming together and saying 'I do'.

Is their relationship just a momentary bubble or a life-time commitment? Ganesha finds out with the help of Vedic Astrology. 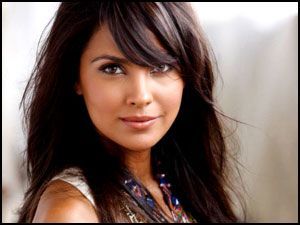