Farhan Akhtar is fast proving himself to be a master of all trades. Director, actor, a fairly versatile singer-songwriter and a TV anchor, to name a few of the plentiful hats that he has donned. In a film industry that was fast dying a slow and painful death as long as creativity and originality was concerned, Farhan is among those few new-age directors who have breathed a fresh lease of life into it.

Karthik Calling Karthik promises to be one such dose of freshness for Indian film buffs. Although the media’s habit of linking co-stars almost wreaked havoc on his personal life, the actor has handled the situation well and the worst seems to be over. As far as the film is concerned, the entire film unit, including his co-star in question Deepika Padukone, are expecting the film to do better than Rock On, which saw Farhan debut as an actor.
Ganesha uses Vedic Astrology System to determine whether the film will meet the expectation or not. 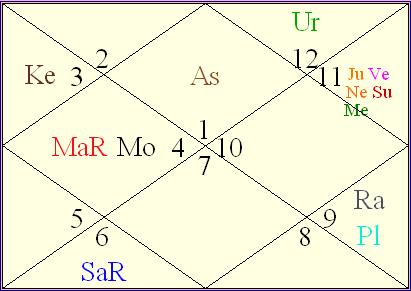