Will we see more of Sridevi on the silver screen? Finds Ganesha. 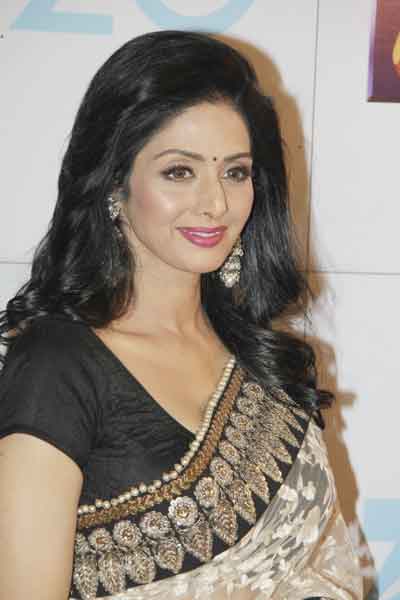 Lovingly referred to as theLast Empress of the Bollywood, thevivacious and beautiful Indian actress Sridevi was last seen in the year 2012 in successful film English Vinglish. She appeared in this movie after a gap of over 15 years. The super successful actress of her times, Sridevi married Bollywood producer Boney Kapoor and left it all to take care of her family and her two daughters.

Sridevi has always enamoured everyone with her impeccable grace and style—Ganesha attributes this to her Natal Sun placed in the Ascendant House in her Chart and her strong Natal Saturn. Ganesha also notes that she is born with a Cancer Ascendant, and Jupiter aspects her Natal Venus – factors which bless her with a great creative gift. Moon and Venus planetary exchange in her Natal Chart makes her an imaginative person. Sridevi turns 52 on 13th August, 2015, but her charisma refuses to fade. Will we see more of her on-screen? Ganesha takes a look at her Horoscope to predict. 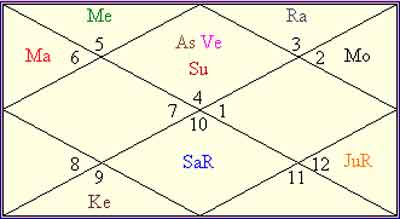 With Ganesha’s Grace,
Rantidev A. Upadhyay and Kashyap Rawal
The GaneshaSpeaks Team