Ganesha wishes a happy birthday to Sonakshi Sinha; advises her to guard against conflicts. 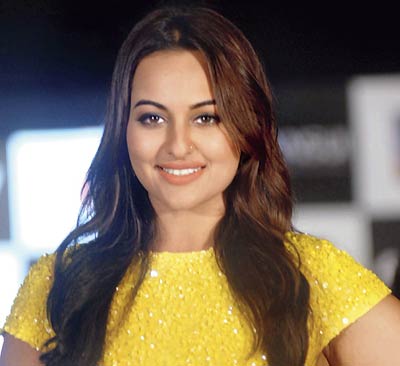 Vivacious Indian actress Sonakshi Sinha started her career as a costume designer for movies. Daughter to the yesteryears’ popular actor Shatrughan Sinha, the beautiful young woman was soon spotted by film-makers as someone who should be rather working on-screen than back-stage. Pretty Sonakshi made her debut as Salman Khan’s leading lady in the highly successful action-drama Dabangg, for which she bagged the Filmfare Award for Best Female Debut. Also fondly known as Sona and Shotgun Jr., Sonakshi has already featured with top actors of B-town, and is considered as a good luck charm by many, thanks to the fact that she has some back to back blockbuster movies like Rowdy Rathore, Son of Sardaar and Dabaang 2 to her credit. The charming lady with flawless skin and expressive eyes was even nominated for the Filmfare Award for Best Actress, for her performance in the film Lootera. Sona recently made her Kollywood debut with the movie Lingaa.

The strong and confident Sonakshi, who has proven her detractors and critics wrong on many occasions, celebrates her birthday on 2nd June. Till now, she has refused to give into any criticism, be it about her weight or her relationship status. Will she maintain her upbeat approach in the years to come? How will her forthcoming films and personal life fare? Ganesha looks her Sona’s Solar Horoscope to predict the way ahead for her –

As the birth time of celebrity is not available, the details are based on the Solar Horoscope (Surya Kundali), created with the help of the person’s birth date and place only.

Ganesha wishes a happy birthday to Sonakshi Sinha and also a great year ahead.