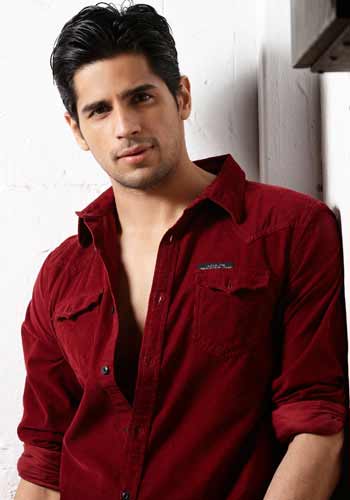 Siddharth Malhotra- the charming, handsome and talented actor comes across as a sweet guy who can make any girl go week in the knees, with his refreshing looks and charisma. Starting his career as a model at the young age of 18, he did various assignments for around 4 years. But after realising that he was destined for something better and more satisfying, he auditioned successfully for a film with Anubhav Sinha, but unfortunately the film got shelved. But, Loosing no hope, the smart actor grabbed an opportunity of working as an Assistant Director on Karan Johar’s 2010 film- My Name is Khan. It is said in Bollywood that, there are very few such amazing mentors as Karan Johar and the talents that he launches are sure to achieve a lot of success! And, literally, Siddharth got a dream role in the Dharma Productions’ super-famous movie Student of the Year, which proved to be the perfect launch vehicle, making his entry into the Bollywood as an actor, a memorable one. Malhotra is also said to be going steady in the much ‘kept-under-the-wraps’ relationship with the pretty Alia Bhatt, his co-star from his debut film. He looks pumped up about his next film Brothers, in which he is going to star along with Akshay Kumar. So, Ganesha, with the help of the actor’s Surya Kundli, checks out what the planets indicate for him. Let’s take a look…

As the Birth time of the celebrity is not available, details are based on Solar Horoscope (Surya Kundli) with help of Birth date and Place only.

Will he be able to get ahead of his contemporary Varun Dhawan?

Is he really destined to be with Alia Bhatt?

What are his overall prospects as a Bollywood lead?

Ganesha wishes a great time ahead to Sidharth Malhotra.