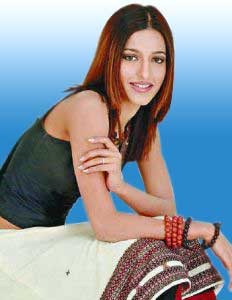 Another star daughter is ready to enter Bollywood with her debut. This is none other than Tamil superstar Kamal Haasan and actor-director Sarika’s daughter Shruti Kamal Haasan. She is 21. Producer Vashu Bhagnani has decided to rope Shruti in the lead role in his forthcoming film Kal Kisne Dekha. This movie will also be Vashu’s son Jackie Bhagnani’s debut film. Jackie has trained himself at Leavittation, Inc. – that is revolutionizing the stunt industry. He is aiming for the top slot with his debut film. Vasu has planned the movie as a romantic musical. She is the daughter of the actor who has received so many achievements during eighties and nineties.

Ganesha would like to predict her prospect in bollywood. Her birth time is unknown. This prediction is based on Sun chart. Looking at her Sun chart, considering Libra Ascendant, the Lord of Ascendant- Venus, which is the significator of media and arts, is debilitated. Sun and Jupiter are also debilitated. Mercury is Swagruhi in Navamansh chart. There is exchange between Ascendant and twelfth house, which may give her good art, and acting. This will be helpful for her.

Currently, transiting Jupiter is in sextile aspect with Sun as well as Mercury. Considering this and other planetary position Ganesha feels that, progressive forces are likely to work effectively during this year. However, she needs to remain well focused and try to put in some extra efforts to enhance her prosperity in acting field. If she works hard, she will find herself comfortably placed in a better position in 2008.

Ganesha wishes her all the best for all her future endeavors.