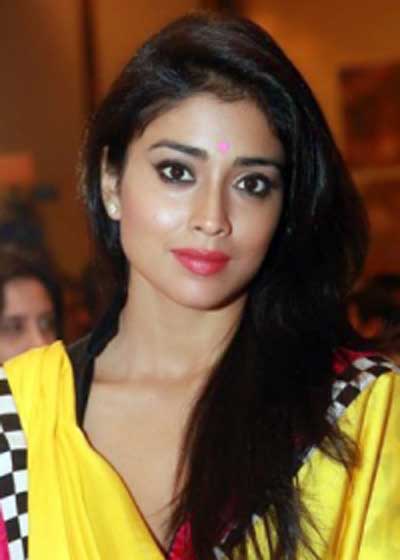 Shriya Saran is a pretty Indian actress and model. She has acted in several regional language films, and some Hindi and English movies. The Telugu film - Santhosham was Saran's first commercial success. Shriya thereafter, appeared in many Telugu, Tamil, Malayalam, Kannada films and bagged the Best Tamil Actress Award for Sivaji: The Boss - a box office hit. Saran has also starred in Bollywood movies like Tujhe Meri Kasam and Awaarapan, and won the Stardust Exciting New Face Award for Mission Istanbul, a high-budget Hindi film. Saran  has even acted in English movies such as The Other End of the Line and Cooking with Stella. Moreover, Shriya has been the brand ambassador for numerous stores across India, endorsing beauty & health products; and is also associated with many NGOs. Besides, this beautiful actress recently starred in the Bollywood film - Drishyam. Thus, Ganesha analysed Shriya Saran's Solar Chart to foretell her destiny, especially in B-Town.....
Shriya Saran
Date of Birth:-  11th  September, 1982
Time of Birth:-  Unknown.
Place of Birth:-  Dehradun, Uttarakhand, (Bihar), India
SOLAR CHART

[Owing to the unavailability of credible birth time of the celebrity, the analysis and predictions have been done on the basis of the Solar Chart/ Surya Kundli, created with the help of her birth date and birth place only.]
Astrological Predictions
1) What do the planets indicate about Shriya?
2) Does she have a bright future in Bollywood?
Ganesha wishes a great time ahead to Shriya Saran, and wishes her luck for forthcoming movies.
With Ganesha's Grace,
Rantidev A. Upadhyay
The GaneshaSpeaks.com Team