Shotgun Junior to make a mark in his film debut, says Ganesha

Luv Sinha, the new star-kid on the block, is all set to rock Bollywood with his debut film ‘Sadiyaan’, which is scheduled for release on April 2. Shatrughan Sinha, Shotgun, is a proud man these days. He is happy that his son has got the film without banking on his name. The Raj Kanwar film is a period drama that revolves around the time of partition. In Sadiyaan, lucky Luv will share the screen with veterans like Rishi Kapoor, Hema Malini, Shabana Azmi and Rekha. Luv, who always wanted to become an actor, wants to make his own mark and is willing to go the extra mile to achieve his goals.

Will Luv be loved and accepted at the Box Office? Ganesha, employing Vedic astrology, decodes the birth chart of the ‘junior Shotgun’ to find out. 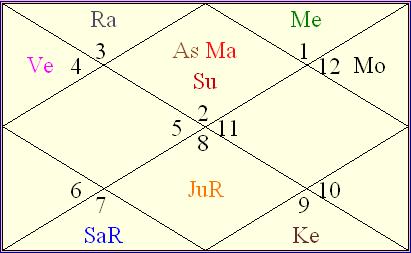 Good luck and may Lord Ganesha bless Luv Sinha with a successful career.