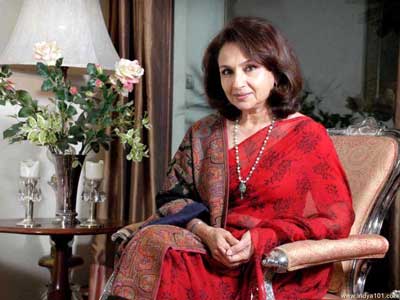 A Bengali actress who achieved success at a young age, Sharmila Tagore appeared in numerous Bengali classics before switching to Hindi cinema, which shot her to fame, thanks mainly to her intense films opposite Rajesh Khanna. A distant relative of poet Rabindranath Tagore, she is also the wife of Mansur Ali Khan Pataudi. Sharmila’s pairing opposite Rajesh Khanna, Dharmendra and Shashi Kapoor was loved by the audiences, though the Khanna-Sharmila pair remained the most popular with both critics and fans. She received two National Film Awards and two Filmfare Awards for her performances. She led the Indian Film Censor Board from October 2004 till March 2011. In December 2005 she was chosen as UNICEF Goodwill Ambassador. She was one of the International Competition’s Jury Members at the 2009 Cannes Film Festival. In 2013, she was awarded Padma Bhushan by the Government of India.

The Highlights of Tagore’s Birth Chart:

Ganesha wishes a great time ahead to Sharmila Tagore and wishes her a most happy birthday.