Amitabh Bachchan’s unexpected blog about his deteriorating health has sent a shock wave across the country, and has left his innumerable fans stunned. The blog mentions that he is suffering from Liver Cirrhosis and that 25% of his liver has been destroyed by the disease. The 67-year old Big B is still going strong in terms of his magical spell on the silver screen. However, now it seems that the audience may get to see less of Big B’s dashing personality as his liver ailment, which is now revealed to the ‘aam janata’, is just one of the many ailments he suffers from.

After the near fatal intestinal injury during the filming of a fight scene for Coolie, it was vigils, prayers and wishes of his millions of fans that brought back the Shahenshah of Bollywood from the jaws of death. Will our prayers work this time too? Ganesha predicts Amitabh Bachchan’s health with the help of Vedic Astrology. 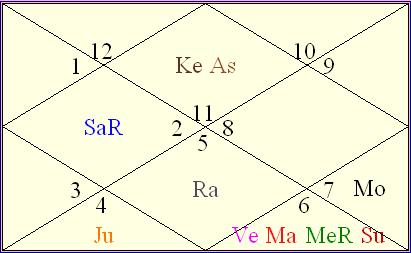