Jupiter and Venus may spark the bond of friendhsip between SRK and Ajay, feels Ganesha… 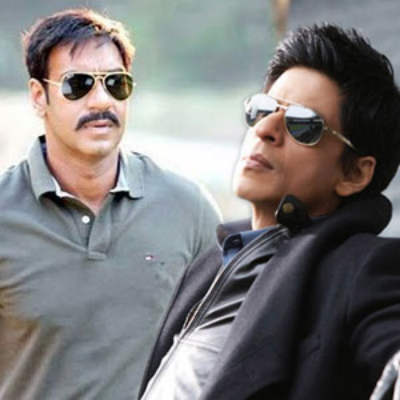 While Kajol and Shah Rukh Khan share an incredible chemistry on and off-screen, the latter’s equation with Kajol’s husband Ajay Devgn has been under constant scrutiny. However, their recent picture where the two were seen dining together, hinted towards a new budding friendship between them. But Ajay has refuted the reports about their friendship and said that they are just colleagues and not “good friends”. What causes the subtle animosity in this equation and why have these two stars not been able get to friendly terms from so long? Do the Planets have a role to play here? Ganesha explains that there is an astrological connection in this and indicates something positive for the two… Read on…

Owing to the absence of the credible birth-time of Ajay Devgn, the analysis-predictions related to him are done using the Solar Chart, which has been constructed with the help of his birth-date and birth-place.

Please Note: In this article, we have referred to Ajay as ‘Ajay Devgn’ and not ‘Ajay Devg(a)n’, because the actor himself mentions/writes/spells his name as ‘Ajay Devgn’. So it is not to be taken as a typographical error/mistake.

Astrological Predictions
1) What do the planets indicate about the two heavyweight actors of Bollywood?

2) What are the planetary influences that create some sort of animosity between the two actors?

3) Are there any chances in the near future that these two actors will come to friendly terms?

Ganesha wishes a great time ahead to Shah Rukh Khan and Ajay Devgn and hopes that they enjoy the bond of friendship soon.
With Ganesha’s Grace,
Rantidev A. Upadhyay and Aaditya Sain
The GaneshaSpeaks Team