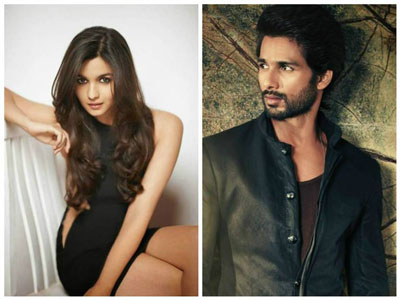 Ganesha foresees Shahid gaining more acclaim for ‘Shaandaar’!
These two charming actors have been grabbing a lot of headlines and a lot of entertainment yarn is being spun about their chemistry! They will be seen together in the much-awaited movie Shaandaar and even as the is to be released yet, these two young hotties have already been creating a lot of buzz by electrifying the social-media sites like Instagram with their pout-faced selfies and pics and their sizzling chemistry has been grabbing a lot of eyeballs! This jodi promises to be a sureshot hit, but what do the stars say? Will they rock on the silver-screen? Let’s check out with the help of astrology!

[Owing to the unavailability of credible birth-time of both the celebrities, the analysis and predictions have been done on the basis of the Solar Chart/ Surya Kundli with the help of his birth-date and birth-place only.]

What makes them bond well?

Will this chemistry be able to work wonders in ‘Shaandaar’?

About ‘Shaandar’ (Based on planetary positions on the release date of the movie – 22nd October, 2015)

Ganesha wishes a great time ahead to Shahid Kapoor and Alia Bhatt.