Impacts of Saturn transit on Amitabh Bachchan and Sachin Tendulkar 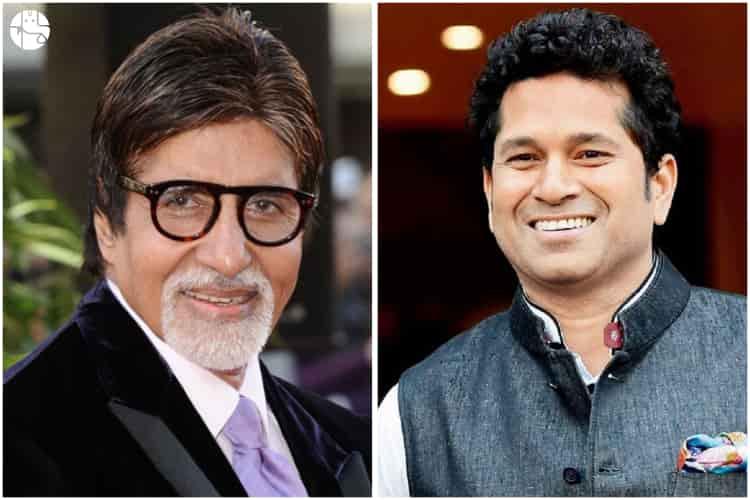 The Lord of discipline, Saturn has its own ways of making a person walk the right path. It brings changes in one’s life to teach them the most important lessons whenever needed. Wouldn’t it be fascinating to think of how Saturn impacted Sachin Tendulkar to remain a great sportsperson? Or, how it forced Amitabh Bachchan to turn back to the movie industry after trying for politics and business? Let’s find out more about them.

There is no doubt that these two celebs, the Big B and the Master Blaster have got uncountable fans. These personalities do not need any introduction as they are solid identities and legends in themselves! They have got such talents and profound energies that are incomparable. Not only this, it is their humble attitude that makes them such respectable celebrities.

Find out the effects of upcoming Saturn transit on your moon sign.

Originally named as Inquilaab Srivastava, Amitabh Bachchan is a star of the millennium born on October 11, 1942. He is a multi-talented star, be it acting in Indian films, producing films, hosting shows on television, or being a playback singer occasionally. His popularity rose in the early 1970s for movies like Zanjeer, Deewaar, and Sholay. From being called ‘The angry young man’ to ‘Shahenshah of Bollywood’ or Big B he has acted in around 190 Indian films spanning over approximately 5 decades. He still continues to steal the hearts of millions out there with his divine presence and fire!

Get your personalized Saturn Transit Report to know what divine gifts you are going to get in the upcoming transit phase.

Amitabh Bachhan was born with Aquarius Ascendant. The Lord of the Ascendant, Saturn is retrograde and placed in the 4th house (lands and houses, comforts) in his natal chart. It is posited in its friendly earth sign Taurus. This has blessed him with various properties and material comforts. The very placement of Saturn in this house indicates that all the material comforts, properties, assets, luxuries and riches that he possesses are achieved through sheer hard work and self-effort.

Venus is the Yogakaraka planet in his chart. It happens to be the prime significator of artistic and creative talent. As it is involved in a Neech Bhang Raj Yoga, it has given him so much fame and fan-following. How much fame, wealth and success will you have in the upcoming phase of Saturn transit? Find out with your personalized Saturn Transit Report!

India was blessed with a star child who made his way to be a master blaster in cricket. This is when Sachin Ramesh Tendulkar was born on April 24, 1973. The name itself was enough to strike terror in the minds of many bowlers and captains all around the world. Sachin took up this sport right at the age of 11. He made his test debut on November 15, 1989, opposite the Pakistan team in Karachi when he was 16. He continued his glorious journey to represent Mumbai and India (domestically and internationally) for about 24 years. He is one of the most revered people of India and still continues to do so. Is the upcoming Saturn transit going to bring glorious beginnings in your life? Find out with your personalized Saturn Transit Report

What are the impacts of Saturn on Sachin’s sports career as per astrology?

The Lord of the 3rd house (house of enterprise), Mars is exalted and becomes Atmakaraka. This acts as a boon for a sportsman. This is what makes Sachin a ferocious warrior. Sun, the Lord of 12th house is exalted in the 8th house (house of unexpected gains). This forms a Vipreet Raja Yoga that gives him immense fame. Saturn, being the lord of the 5th house (performance) is well placed in the 9th house of fortune. Jupiter aspecting this Saturn makes Sachin the most popular youth icon.

Debilitated Jupiter placed with exalted Mars in the 5th house clearly forms Neecha Bhanga Raja Yoga. This yoga makes him a powerful person. Strong lords of the 3rd and 6th house helped him snatch victory from the jaws of defeat. Get your personalized Saturn Transit Report that will help you defeat oppositions on your path to success.

Saturn is said to bring changes in one’s life, but only when that person is on the wrong path. In order to make the native take the correct path, Saturn turns the situation. However, in the case of Sachin Tendulkar, he was already on his right path, hence Saturn impacted his journey positively. For the Big B, whenever he tried taking other career paths, Saturn brought him back to movies during its transits at that time.

In a nutshell, the two celebrities had Saturn on their side to make things right. They were led to the ultimate success with the help of this deity. Similarly, when you put faith in the teachings this planet endows upon you, there will be success. With the help of astrology, you can understand the correct path of your life and gain immense prosperity.