Current Planetary Transits May Have a Dampening Effect on Bhansali's Creative Verve! 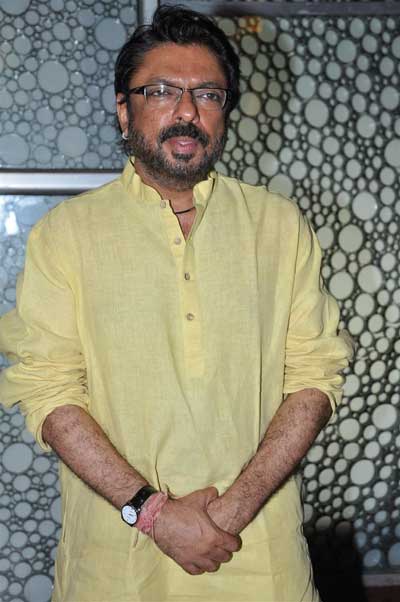 An alumnus of FTII, Sanjay Leela Bhansali is one of the most talented personalities of our times. He had trodden the path of being a writer, director, composer and producer, and set many milestones of success as an example. Passionate and skilled, he began the journey as an assistant director with Parinda and moved on to make Khamoshi: The Musical, which though not a success commercially, garnered lot of critical acclaim. Then came one of the major blockbusters of all times, Hum Dil De Chuke Sanam, which was produced, written and directed by Mr. Bhansali! This movie won many awards and the journey of success had just begun. Today he's well known for his films like Devdas, Black, Guzaarish, Rowdy Rathore, Mary Kom, Gabbar is Back and more, with the latest claim to fame being Bajirao Mastaani. Here, Ganesha takes a look at his stars and predicts what are the likely cosmic trends in store for the ace director in the near future.
Sanjay Leela Bhansali – Director and Producer, Bollywood
Date of Birth: 24th February, 1963
Time of Birth: Not Known
Place of Birth: Mumbai, Maharashtra, India
SOLAR CHART

[Owing to the unavailability of credible birth-time of Bhansali, the analysis and predictions have been done on the basis of the Solar Chart/ Surya Kundli with the help of his birth-date and birth-place only.]
Important Astrological Observations:
Astrological Predictions:
Important Planets under Ketu's Spell?
The Ace Director in an Irritable Mood?
Careful with the Finances and Investments!
Multitasking Not Advisable?
Influx of Ideas and Activity in Mid 2016?
Personal Sphere...
Ganesha wishes a great time ahead to Sanjay Leela Bhansali on his Birthday.
With Ganesha's Grace,
Rantidev A. Upadhyay and Aaditya Sain
The GaneshaSpeaks.com Team
Share