‘Bhai’ will have a wonderful 2016, but will need to guard against controversies! 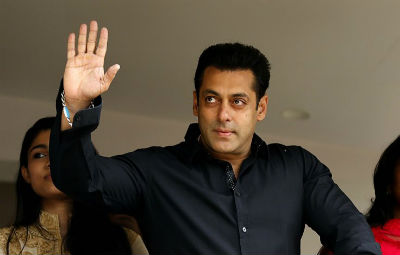 Salman’s life in 2016 will be buzzing with a lot of activity and he will be high on energy and spirits; But he needs to keep his aggression under control and stay away from controversies…

Salman Khan – the feisty Bollywood Superstar with the classy swag, shall be turning 50 on this December 27th ! There are a lot of memorable things that have happened in both, his professional and personal life, some things he would cherish and some that he would like to forget. Sallu, as he is lovingly called by the film-crazy average Indian, is one of the most powerful and crazily popular stars of Bollywood and has now reached a position wherein any film that he works in, effortlessly breaks various box-office collection records, during the first weekend itself! Having done a varied number of roles, right from the romantic Prem in Maine Pyaar Kiya, to playing a comic hero in Andaz Apna Apna, to Prem Ratan Dhan Paayo, this Dabangg Khan will next be seen in the much anticipated Sultan! On the ocaasion of his birthday, Ganesha takes a peek in his year ahead…read on…

Salman will remain very busy with work during the year ahead. Surrounded by a lot of activity, Salman is going to have an hectic year ahead.

Mars sub period operating till 6th April, 2016 indicates that he will remain action-oriented and dynamic. Being high on energy, he will be in a mood to give it his best on the sets and he may even get tempted to take on various assignments.

Ganesha advises Salman to keep his aggression under a check and to channelize his energies in the right direction till the 6th of April, 2016 as mentioned earlier, the sub-period of Mars – who in Salman’s case is exalted will be in operation.

Salman will have to maintain a great distance from controversies and will have to tread cautiously, especially when it comes to the matters related to females, as Jupiter and Rahu will be transiting in the 5th House of Love and Relationships.

He will also have to be alert and careful when making statements in the media. Statements made out of impulse will cause some problems later on.

When the sub-period of Rahu will be in operation in the period between 6th April, 2016 and 11th February, 2019, Salman is likely to experience a lot of ups and downs financially. Though this will be a good period to amass a lot of wealth, there will be some uncertainties and unforeseen losses as well. Thus, he is advised to be prudent while making decisions related to finances.

He will gain more fame during the year ahead and will also come up with some interesting projects as a producer.

On the whole, year ahead looks progressive, barring few challenges.