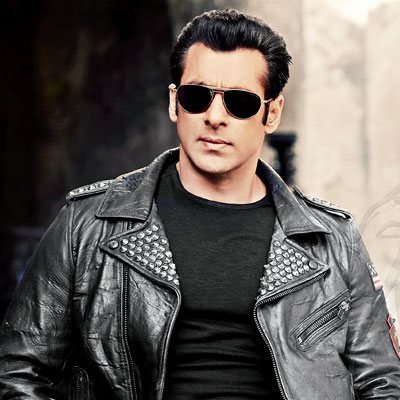 Bollywood’s beloved actor Salman Khan was recently confirmed guilty and convicted by a Mumbai Sessions Court for 2002 hit and run accident case of drunk driving that resulted in death of one and injury of 4 others, sleeping at the time of unfortunate incident on a pavement in Mumbai. The ruling that came 12 years after the actual incident sentenced the well-known actor to 5 years of rigourous imprisonment. Sessions judge found Khan guilty under all the eight alleged charges on Salman in this case, including Section 304-II of the Indian Penal Code for culpable homicide not amounting to murder and Sections 337 and 338 for rash and negligent driving. In the next few hours of the judgement, Salman, however, was granted an interim bail that let him off till 8th May 2015.

The ruling, while being hailed by a huge section of society as just and fair, obviously hit hard the actor’s fans and family. The super popular Bollywood star with dreamy eyes and a face and physique to die for has remained the common man’s favourite, despite the innumerable controversies surrounding his personal and professional life. Known to posses a golden heart, Salman has mentored many a Bollywood aspirant, and naturally a slew of film stars and industry insiders rallied with the star, once the judgement of his impending imprisonment was made public.

Ganesha took a look at the Birth Chart of Salman Khan to analyse the planetary configurations that led to this sentence coming in now, and to predict what lies ahead in Bhai’s future.

It is noteworthy that most planets are placed in the 8th, 9th, 10th and 11th Houses in Salman Khan’s Kundli. And, that is why whenever any major planetary transits are happening through these Houses, events of significance may be seen in the actor’s life.

Currently, the transiting Ketu is moving through the 12th House in the actor’s Chart. The 12th House is an indicator of enemies, secrets, difficulties and ordeals. Thus, Ketu’s current transit is bound to remain tough for the actor, says Ganesha.

Also, since November 2014, Saturn has started transiting through the popular actor’s 8th House over his Natal Ketu and Mercury. This is a major transit, and also an unfavourable one. The 8th House signifies sudden happenings, threats to well being, transformations, passion and aggression. Also note that right now the transiting Saturn is in a retrograde motion, which is said to intensify the negative effects. Thus, Ganesha feels that this may be a reason that this judgement came during this time.

Further, the malefic planer Rahu’s ongoing transit through Salman’s 6th House – the House of diseases, mental turmoil and day to day work will continue till January 2016. And, as said in one of GaneshaSpeaks’ previous articles, this time will remain tough for Salman’s profession and health. This ruling, apparently, will affect Salman’s career, and the afore-stated planetary configuration may be the cause.

Silver Lining
Amidst all the unfavourable alignments, there is a ray of hope, and a bright one, in the form of Jupiter, which is likely to help Salman, considerably till January 2016.

Currently, the moving Jupiter is transiting through the 4th House in Salman’s Chart, and it is aspecting his 10th House. This is a very favourable factor. This may be the reason that Salman’s overall jail term (that was recently announced) may get reduced from 5 years. And, that is also the reason that he was not sentenced to 10 years’ imprisonment, as initially demanded.

Post July 2015, the transiting Jupiter will start to move through Salman’s 5th House, while aspecting Saturn and Moon in his 11th House. This again shall be a supportive factor, and thus we may see that till December 2015 or before January 2016 – Salman may end up getting even some more respite in his ongoing legal cases. His relations with government and law will remain cordial or strictly professional till this time. Overall, Ganesha feels that the recently announced jail term of Salman may get reduced or pushed further for sometime.

Time to Watch Out!
Post January 2016, Rahu will move to Salman’s 5th House – the House of love, personal matters etc. while Ketu shall move to his 11th House – the House of friends, good things, support etc. Since both of these are malefic planets, their transits through positive Houses are seen as unfavourable. So, Ganesha feels that things may actually get tougher and more detached after January 2016. Also, at this time Rahu shall join Jupiter in Salman’s 5th House, weakening Jupiter’s positive influence, all the while making matters tougher for the actor.

Further, Ganesha notes that as per Salman Khan’s Kundli, the time frame of 15th June 2017 to 15th August 2017 may be very crucial and challenging. He will need to watch out at this time as his Natal Moon is going to be disturbed at this time. He may be feeling very anxious, and will need to guard against depression and psychosomatic illness.

Also, as aforementioned, most of Salman’s Natal planets are concentrated in his 8th, 9th, 10th and 11th Houses. Saturn and Ketu, both malefic planets are currently transiting through these Houses, and in the coming few years, their transits will continue through these very Houses. So, Salman will need to take care in the coming years. 2017’s Saturn transit may be tough for him, as at that time Saturn shall be moving over his Natal Sun in his House of Fortune. He will need to take care of his health, safety, well being and family. His relations/ dealings with government may also come under scanner.

Important – During the time frame of 24th March 2019 to 25th January 2020 – Saturn and Ketu both will be in Sagittarius Sign, which happens to be Salman’s Destiny/ Fortune House. His Natal Sun is placed in this House too. So, this will be a very vulnerable time for the actor, warns Ganesha.

Conclusion
Overall, Ganesha notes that the current transits as well as the forthcoming ones of Saturn, Rahu and Ketu shall remain tough for Salman Khan. However, this may not be his toughest period, as his chances of getting bailed out just in time by Jupiter’s favourable transit are high.
Ganesha feels that Salman may also make an interesting announcement about his life in the period before 14th July 2015. Ganesha also foresees the chances of Salman’s jail term getting reduced or delayed. However, post January 2016, the actor will need to take great care of himself.