Salman ‘Dabangg’ Khan to take his love life to next level in 2010, predicts Ganesha 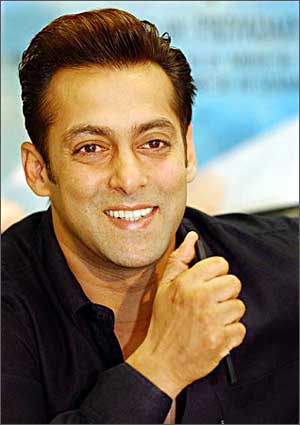 From being controversy’s favourite child to every woman’s dream man, from hunting Chinkaras to striking cupid with some of the most luscious Bollywood babes (Somi Ali, Sangeeta Bijlani, Aishwarya Rai, Katrina Kaif), Salman ‘Dabangg’ Khan has managed to hit the headlines every time newspapers have decided to feature him. Or should we say, whenever Salman himself decided to share some juicy tid-bits of his life! The latest being his split with long time girl-friend Katrina Kaif. In the span of 22 years of his career, Salman has established himself as one among the prominent personalities in the Indian Film Industry. A well-known style icon, Khan’s trends have gained favouritism among his fans, right from spotting ‘Tere Naam’ hair-do to sporting ‘ganjees’ to pumping iron for that oh-so-fit body. The real and original six packer, fitness guru to many actors including Hrithik Roshan, the adored Khan, these days, is busy bantering the inmates of the reality show Big Boss on the Indian television. His latest flick ‘Dabangg’ is the
second-highest Bollywood grosser of the current era, after ‘3 Idiots’.

As the actor cuts his 45th birthday cake on 27th December, Ganesha is keen to tell you about his coming year. Will Salman mend his ways and finally make-up with fellow actor, Shahrukh Khan? Will he finally find the love of his life, and settle down once and for all? Ganesha employs Vedic Astrology to answer these and more questions for the Dabangg star. 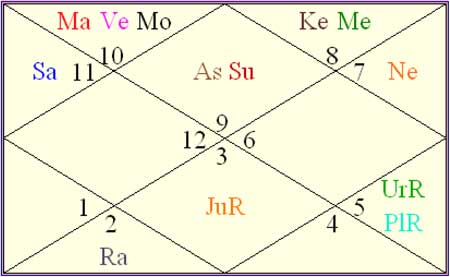 Ganesha wishes Many Happy Returns of the day to Salman Khan well in advance.