A smooth road ahead for Saif Ali Khan, foresees Ganesha. 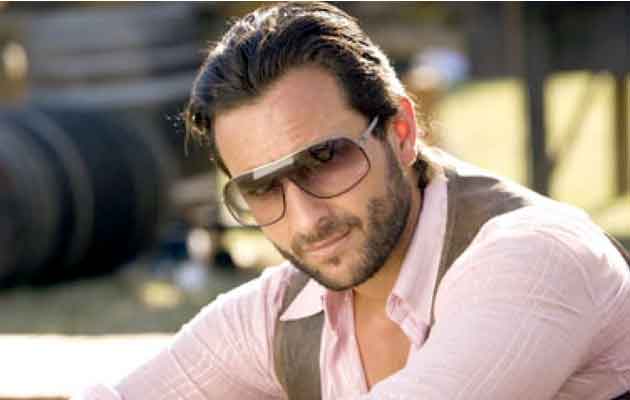 Born to the illustrious couple Mansoor Ali Khan, the Nawab of Pataudi and ex-Indian Test captain, and top Bollywood actress Sharmila Tagore, Saif Ali Khan chose to take to the silver screen, instead of cricket and went on to win great critical acclaim and many awards, including a National Film Award and six Filmfare Awards. In 2010, Saif was conferred the Padma Shri. Saif, who made his début with Yash Chopra’s Parampara, went through a lean patch in the late 90s, but made a strong comeback in Farhan Akhtar’s Dil Chahta Hai in 2001. Saif tasted more success with films like Salaam Namaste (2005) and Race (2008). Junior Pataudi got into film production in 2009 by launching his own company Illuminati Films. His first film as a producer, Love Aaj Kal, was a big box-office hit. Saif had married Amrita Singh in 1991, and had two children with him. But later, the couple got divorced, and Khan married his long time girlfriend, the actress Kareena Kapoor. At the moment, suave Saif is filming for Kabir Khan’s Phantom, a counter-terrorism drama, with Katrina Kaif, and the film is slated to be released in the last week of August 2015.

Ganesha finds out what is in store for Saif in the future, both on the professional and personal fronts.

(Note: As we do not have the authentic birth time of the actor, we have to go by his Surya Kundli; and we have used alternative astrological methods.)

1. Saif’s married life…
Venus is the prime significator of both love and marriage, as per the traditional astrology, and the Zodiac Sign Libra indicates marriage and related matters, as per the universal Zodiac.

Saif is born with Jupiter in Libra. Jupiter is the planet of wisdom. Despite challenges, the couple will manage to strike a fine balance on the conjugal front, says Ganesha. Kareena is born with Mars in Libra. As per the rules of Synastry, when a couple has Mars and Jupiter in the same Sign, they are generally able to channelize their energies very well. This couple will manage to sail through difficult times, if any, in their married life. Saif will handle issues with maturity and Kareena with do so with love and respect, says Ganesha.

2. Saif’s career…
During the next three years, starting now, Jupiter’s transit over Saif’s Natal Mars, Sun, Ketu, Mercury and Venus indicates that, barring a few challenges, he will have a smooth sailing on the career front. He may not do many films, but overall his career and image won’t be affected much.

Between January 2016 and July 2017, Saif may work on projects that may be very demanding. That is also when he will be under the Rahu-Ketu return phase. His equations with producers and directors are likely to change, and new karmic bonds will be created during that period. That will not hamper his overall career progress, though.

3. Will we see a major hit starring Saif in the near future?
Saif’s Mars return is going to ake place in August 2015. The transiting Sun and Jupiter will be in conjunction in Leo between 18th August and 18th September 2015. Venus too will be transiting over Saif’s Natal Sun and Mars, during that period. This is when we can expect a good film from Saif, which is also likely to do well at the box office. During the first quarter of 2016, we can expect another good movie from Saif.

4. Is there a need for altering the focus from films?
Saif should rather focus on films only, says Ganesha. He should not try to change his line from films to anything else. He may get into the field of fashion designing, though, if he wants to, but his focus should primarily be on films, acting and producing. He should not deviate from this creative field, feels Ganesha. In fact, he should strive to become more active as a producer.

5. The litigation angle…
Farhan Akhtar recently filed a case against Saif. Ganesha observes that Jupiter is currently transiting over Saif’s Natal Sun and Natal (debilitated) Mars. And, Rahu is currently transiting through the 3rd House from his Natal Sun and Saturn is transiting through the 5th House from the Natal Sun. As Sun in Saif’s Chart is not shadowed by inimical transits, it is likely that this case would be solved amicably. It should be sorted out before 14th July 2015, feels Ganesha.