What do the stars foretell for Saif Ali Khan?.....Finds Ganesha 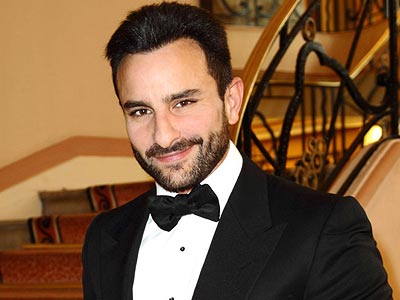 Saif Ali Khan - aka Chote Nawab of Pataudi is a famous Bollywood actor. He won the Filmfare Best Male Debut Award for his movie Aashiq Awara. Thereafter, Saif got a breakthrough role in Yeh Dillagi, which was his first major hit. After some box office failures, Saif has established himself as one of the best actors of Indian cinema. Khan's first movie as a producer – Love Aaj Kal was also successful. Saif has even starred in many highly acclaimed films like Hum Tum, Salaam Namaste, Race, Parineeta, Omkara, Kurbaan, Agent Vinod, Race 2 and Happy Ending. Saif's upcoming movie – Phantom will soon hit the silver screen. How will the forthcoming year turn out be for Saif Ali Khan? – Peeks Ganesha as he celebrates his birthday on 16th August.....
Saif Ali Khan
Date of Birth:-  16th August, 1970
Time of Birth:-  Not Known
Place of Birth:- New Delhi, India
SOLAR CHART

Owing to the unavailability of credible birth time of the celebrity, the analysis and predictions have been done on the basis of the Solar Chart/ Surya Kundli with the help of his birth date and birth place only.

Ganesha wishes a great time ahead to Saif Ali Khan.