Saif Ali Khan in trouble after a tiff with photo journalists 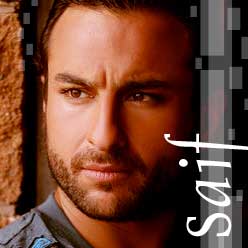 Introduction
Saif Ali Khan on Sunday night during the shoot of a film found himself in trouble after a tiff with some photo journalists . The photographers registered a case against him on charges of threatening to kill and assault. In the light of this development Ganesha tries to throw light on Saif’s future in the short term.

Astro-anlysis
Saif is a Leo by Sun Sign (Western Astrology System) and Leo Sign is ruled by Sun So he likes to seek attention and exercise his authority. Moreover, he is under the influence of second Decanate of Leo, ruled by intense and energetic Mars. Mars is debilitated in his chart which makes him short-tempered and tends to lose temperament when someone attacks his ego and feelings. He has Moon in Capricorn. Currently the transiting Rahu is moving over the natal Moon opposing Sun and Mars. The transiting Saturn is in Leo which falls in the 8th house from natal Moon causing him problems. Mercury rules the media and journalists and Mercury is retrograde in transit.

Chhote Nawab’s nearer future
Investigations in the connection with the complaint of the photographers may continue to bother Saif till 15th October. Both the parties involved in this case may try to sort out the issue after 15th October and certain measures will be taken to pacify the protest of the journalist. “Chhote Nawab” as Saif is known on account of being the son of the famous cricketer of yesteryears, the Nawab of Pataudi, Mansoor Ali Khan, may get some respite from this particular case and the issue will be sorted out without hearting around February 2009. But the period till May 2009 looks somewhat difficult for him. Due to emotional attachments or emotional issues, as his mind will be little upset till mid February, 2009. He will feel mentally blocked or in a fixed situation this may make him feel uncomfortable mentally. He will have to avoid negative thoughts and control his temperaments in this time period to avoid such events in future.