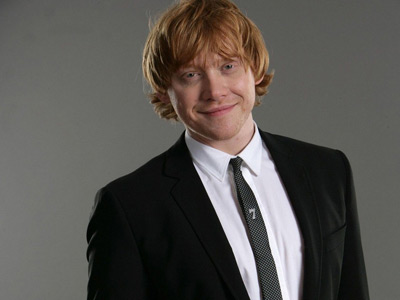 Harry Potter’s friend and confidante, Ron Weasley is expected to have a tough year going ahead. Not only is Rupert Grint going to face trouble fetching roles, Ganesha predicts his image too would take a beating.

British born Grint was cast as Ron Weasley at the age of 11. Graduating from school plays and a local theatre group, he starred in all eight Harry Potter films alongside Daniel Radcliffe and Emma Watson.

Outside of Harry Potter franchise, Grint has also played a co-leading role in Thunderpants besides starring in Driving Lessons, a 2006 dramedy, a small budget Cherrybomb, and a comedy, Wild Target. Grint also does theatre and according to Ganesha, is expected to dabble in small screen.

Planetary Path
Jupiter will be transiting over Grint’s Natal Sun, Mercury till 11th August 2016. It shall also be aspecting his Natally retrograde Saturn till this time.

Shine Shuns
These planetary transits indicate that Rupert is going to gain the attention of viewers, but not throughout the year.

With Rahu’s entry in Leo from around 30th of January, 2016, Grint may see a bit of downfall in his career. He will also be criticised for his performance. He will need to0 be extremely careful in this time, as his public image may take a beating and get stained.

Life is a teacher
The transiting Saturn’s Square with Grint’s Natal Saturn will be equally hard for him. Ganesha says that this will not only make him work harder, but shall also teach him few good but strong lessons. Something Grint can do with, post his super successful Potter Series at such a young age!

Health Suffers
Mars will be transiting over Grint’s Natal Ketu till January 2016, which indicates that he will have to take a very good care of his health as well as well being.

Career Nuggets
In the year ahead, Grint might remain more active on the small screen, feels Ganesha.

Ganesha wishes a great time ahead to Rupert Grint on his birthday.