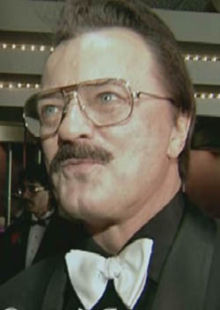 Singer and actor Robert Goulet is awaiting a lung transplant heavily sedated and breathing through a respirator in a Los Angeles hospital Robert has Leo Ascendant and the Lord of Ascendant Sun is situated in the 4th house and debilitated in Navmansa. Venus and Mars are placed in fiery sign Sagittarius, which has helped him tremendously in becoming renowned singer and actor. Venus is Atmakaraka and also Vargottama indicating entertainment and show business. He is currently under the influence of Moon Mahadasha and Saturn Bhukti. Saturn is the Lord of 6th house (house of disease) and placed in the 6th house in Gemini Navmansa indicating lingering disease and problems in lungs and breathing as well. The transiting Saturn is moving in the Ascendant with Ketu in square with natal Sun, which seems extremely adverse for his health. The period between 22nd December 2007 and 3rd March 2008 seems fatal and challenging for his health and require extra precautions to avoid any mishaps. He will be under the influence of Mercury Bhukti from 3rd January 2008 and Mercury is the Maraka Planet for Leo Ascendant and in his case more dangerous as it is placed in the 3rd house, which is the 8th from the 8th house (house of longevity). We hope he finds suitable donor and lung transplants successfully. Prayers and best wishes of fans and performers across the world might save him from this fatal period. Ganesha's Grace, Tanmay K.Thakar The Ganeshaspeaks Team