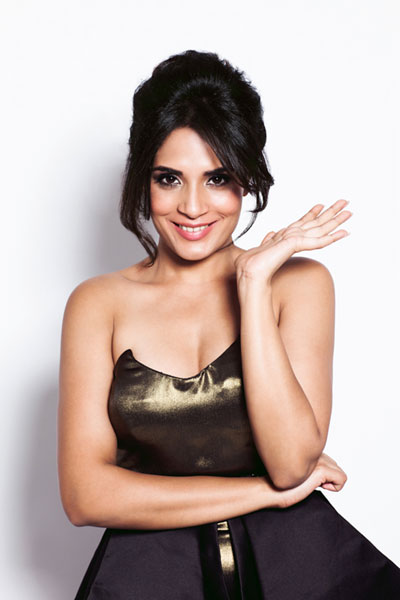 But Ganesha does not see the upcoming film becoming a passport to more films coming Richa’s way!
Making her debut in the comedy-drama film – Oye Lucky! Lucky Oye! In 2008, then gaining critical acclaim for her performances in the crime film series – Gangs of Wasseypur – Part 1 and Part 2, Richa Chadda – the sensuous beauty with mines of talent and fantastic acting potential has gained a lot of popularity and appreciation from both fans and critics alike! She is an actress with a difference! Yes, literally, as very few actresses these days have the boldness or a penchant for experimentation! She is young, good-looking, has the fire and spark and is amazingly confident about her self! Yet, she chooses to work in offbeat cinema and does that with style too! Who doesn’t remember her role of ‘Bholi Punjaban’ in the movie that connected well with the youth – Fukrey?! Richa is surely treading well on the path which shall take her to great heights in the film industry! In her next, she will be seen opposite the sturdy hunk Randeep Hooda in the thriller drama – ‘Main Aur Charles’. How shall this Bindaas Punjaban fare in the film? Accolades or criticism – what’s in store for her? Check out in the article…

[Owing to the unavailability of credible birth-time of Richa, the analysis and predictions have been done on the basis of the Solar Chart/ Surya Kundli with the help of her birth-date and birth-place only.]

Important astrological observations: On the day of release of the Movie

Compliments and appreciation in store!

This movie – a passport for more projects?

The acclaim from this film – the fuel for Richa!

Ganesha wishes a great time ahead to Richa Chadha for her new movie.