Rangoon Movie Review: Variety Of Performances Will Be The USP; Kangana May Dazzle 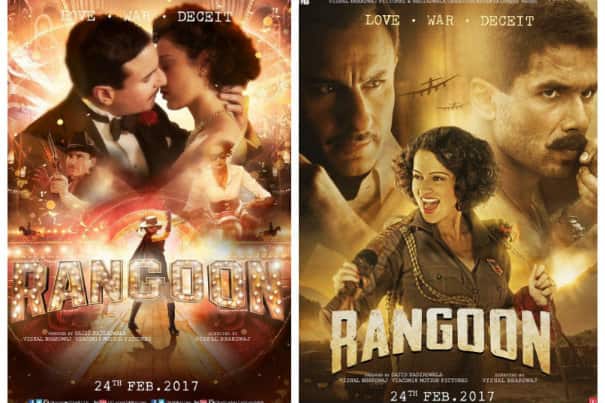 Apart from Raees, Kaabil and Jolly LLB 2, ‘Rangoon’ produced by Sajid Nadiadwala and directed by Vishal Bharadwaj is one film that we have all been looking forward to. Starring Saif Ali Khan, Shahid Kapoor, Kangana Ranaut amongst others, will be releasing on the 24th February, 2017. The Rangoon cast (starcast) also comprises of some foreign actors. There are a lot of expectations from the film as the film has an interesting premise of being set up in the period of World War II. In this article, Ganesha reviews the planetary configurations in the release time chart of the film and predicts how it may fare at the Box-Office.

Rangoon Box Office Predictions: Why Should You Watch The Film?

Well-placed Venus-Mars Will Not Let The Audiences Down:

Ganesha notes that Venus and Mars are placed in the Ascendant and Venus is placed in its Sign of exaltation in the Foundation Chart of Rangoon. This indicates that the Rangoon actors will do justice to their roles and will not disappoint the audiences. Moreover, as Jupiter and Saturn are also well-placed, Vishal Bharadwaj’s direction in Rangoon will be highly appreciated.

The planetary configurations indicate an interesting storyline and gripping plots. The first half of the film is likely to pack more punch.

Kangana To Shine Bright In Rangoon

As Venus and the Moon are well-disposed in the Release Time Chart of Rangoon, the performances of the female actresses in the film will be power-packed and may win a special mention.

Avail The Career Prospects Report And Get Career Guidance

Variety and Depth in Performances:

Ganesha notes that as the Moon – the Lord of the 5th House of performances is placed in the 11th House, there will be a lot of variety in the roles of the actors. This aspect will act very well in the film’s favour and will help maintain the charm of the characters in Rangoon.

Rangoon Box-Office Collection: Joining The 100 Crore Club Not That Easy

Ganesha says that the as the Sun and Ketu are placed in the 12th House of the Release Time Chart, the pace of the income will be a bit slow and it will not be very easy for the film to reach the 100 Crore Club.

Rangoon 2017: Business Graph May Not Witness A Sharp Rise

As the slow-moving planet – Saturn is placed in the 10th House of success and business, the movie’s overall business prospects may witness a gradual growth. The producers will have to be patient to see a growth in the numbers.