Ranbir Kapoor may not be Deepika Padukone’s Sawariya 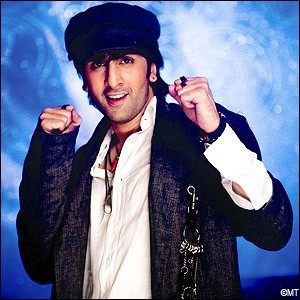 Ranbir Kapoor, the son Bollywood’s celebrity couple Rishi Kapoor & Neetu Singh, and Deepika Padukone have given a flying start to their career together with their movies releasing in the same month. The gossip industry is working overtime with the clouding rumors of Sawariya and Shanti’s love affair. The fire of gossip has received flame after Deepika has shifted her house near Ranbir’s bungalow Krishna-Raj at Pali Hill Bandra.

Let’s unearth their compatibility through our numerological analysis.

Compatibility of Birth number
Ranbir’s Birth number is 1, which depicts that he is a original thinker and lives on mental plane uninterested in physical labor. But he prefers to handle things in his own way. Whereas Deepika’s birth number is 5, reflecting that she is not the initiator yet the quickness of mind and versatility makes her capable of doing anything successfully. She can be very versatile and outgoing and does not like dullness and long time bondage of any kind.

The combination of 1 and 5 are sometimes positive as leadership of 1 may combine with constructive freedom of number 5 but sometimes becomes very complex as selfishness of number 1 may conflict with versatility of number 5.

Compatibility of Life path number
Both of them have life path number is 3 ruled by Jupiter. So both of them are talented, versatile, lively but restless. In private life both of them being passionate and impulsive, enjoy conjugal bliss but they are proud and do not like to be obligated to others. They have a strong love for personal freedom, so much so that any joint venture appears a limitation and is likely to be unsuccessful. Ranbir being number 3 life path number man achieves a lot through his talents while Deepika being 3 Life path number woman is very charming, clever and lucky but their headstrong actions will not let them live together. 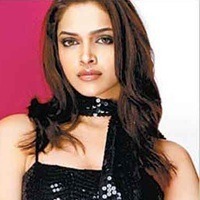 Compatibility of Heart number
Ranbir’s heart number is 8 so he loves power, position and wealth. With executive ability and businesslike approach he is capable of big accomplishments. But he can be too exacting, dominating and stubborn. He may be negligent towards his romantic and loving nature for the sake of materialism and he would like his mate to be capable, ambitious and free of weakness like himself.

Deepika’s heart number is 4 so she desires to be result oriented and practical in everything. No doubt she is responsible and reliable. But she looks for stability and security in life rather than romanticism and would like her partner to share responsibilities.

The combination of heart number 4 and 8 is negative as the practicality of 4 combined with materialism of 8 produces ego-centric nature and rigidness.

Compatibility of Name number
Ranbir’s Name number comes to 4 so he is destined to take the responsibilities and other will depend on him for help and support. Construction, organization and management may keep him occupied for the rest of his life and many a time the problems of beloved ones and limitations in life may irritate him.

Deepika’s name number is 1 so she is destined to be a leader in her field of work. If she can avoid the negative aspect of number 1 like egotism and selfishness others will look upon her for guidance and direction. She is born to become an outstanding person in her life.

Name numbers 1 and 4 go well with each other. It’s a positive combination as leadership of 1 combines well with practicality of number 4.

Numbers currently in influence
In Ranbir Kapoor’s name r of the first name and r of the second name is operating currently. So he is under the influence of event number 4. He will be constructive, systematic, practical and down to earth in his approach. But because of lack of imagination and having fixed ideas he may appear a bit stubborn and unworkable to others, which might affect his relationship adversely.

In Deepka Padukone’s name I of first name and ‘O’ of second name are operating. She is under the influence of event number 8 so she is working for a cause and materializing ambition through good organizational abilities.

Ranbir is under 1st Pinnacle and the number in influence is 1 so he will show his individuality and will try to stand on his own feet without showing resentment and egotism.

Deepika is also under first pinnacle and number in influence is 6 so love affairs, care of family and business matters are the prominent features of this progressive period.

Future prediction
Considering all these factors it seems very obvious that despite having attraction for each other both are working for their own goals and fulfilling their own desires and are very different from each other. The relationship is not for long-term tie but to achieve individual goals.