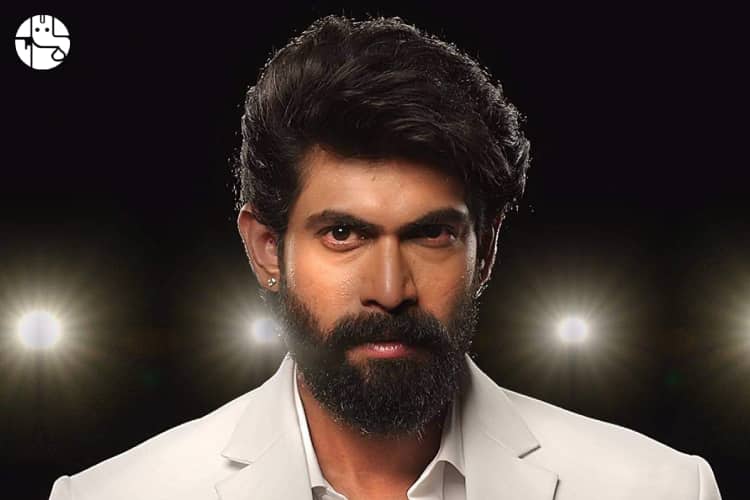 India is a multi-lingual country inhabited by people speaking various languages. There are at least a dozen languages in India who have more than 1 crore (10 million) speakers. This diversity and richness has also resulted in the formation and development of a variety of cinemas (of different languages). It has given opportunities to actors and actresses who can work in movies of different languages, expanding their audience, which in turn has strengthened national integration. Well, Rana Daggubati is one such actor who has traversed languages and drawn attention and adoration from across the world. Rana Daggubati is an Indian actor, producer, television personality, and visual effects coordinator known primarily for his work in Telugu cinema, as well as his works in Tamil cinema and Hindi cinema.

Daggubati made his acting debut with the Telugu blockbuster Leader, for which he won the Filmfare Award for Best Male Debut – South. Besides, he made his Hindi film debut with the hit film Dum Maaro Dum (2011), alongside Bipasha Basu, where he received positive reviews for his performance. In 2012, Rana gained prominence by starring in hit Telugu film Krishnam Vande Jagadgurum. In 2015, he played a notable supporting role in the successful Hindi film Baby (2015). He later starred as the main antagonist in Telugu, Tamil, and Hindi trilingual Baahubali: The Beginning (2015), which recorded the second highest gross opening for an Indian film. He then featured in a supporting role in Tamil film Bangalore Naatkal (2016). In 2017, Rana later reprised his role as Bhallaldeva in Baahubali 2: The Conclusion, which became the highest grossing Indian film of all time. He has also simultaneously starred in the successful Telugu movies Rudramadevi (2015), The Ghazi Attack (2017), and Nene Raju Nene Mantri (2017).

His present is bright. How will be his future? Know it from Ganesha:

Will Realise The Importance Of Money

As per the Astrology analysis, Ketu and Mercury are placed in the Ascendant, Jupiter in the 2nd house, Venus-Mars in the 3rd house, Moon in the 10th house, Saturn is in the 12th House. Rana will understand the importance of cash flow, earnings, and income. He should give more weight to his intelligence than to his abilities. Are you facing financial problems? Buy the 2019 Finance Report.

If Rana wants to make investments in property and real estate, he must do that as stars are in his favour. In fact, if he uses his wisdom properly, he can make big gains in this direction. He will earn good money and ensure a safe and successful future, says Ganesha.

Will Need To Develop On The Personal Front

Apart from the money factor, he will also strengthen himself on the front of personal values. If he strengthens his position on the financial front, while also giving importance to personal values, it can turn into a very good time for him.

Alternatively, he May Feel Disturbed

There is an alternative possibility to the above situation. That is, if he looks to his financial situation, he can get very upset. He will be more practical in his approach. As he will earn more, he is more likely to donate something in charity. Do you want your career to roar? Access the 2019 Career Report.

Some unexpected expenses may give him trouble and stress. The planetary positions will influence his decision-making ability adversely. In other words, he will need to be very careful in various areas including financial matters. A little carelessness on this issue may put him into difficulties.

Fear of the Unknown

He may also face a fear of the unknown, which may influence his personal life. He may not be mentally stable and peaceful, says Ganesha.