Rakul Preet Singh Has the Potential to Become B Town’s Next Headturner, Feels Ganesha 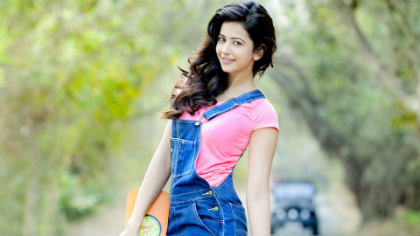 Rakul Preet Singh – one of the most popular faces of the Telugu film industry, has been going steady in the film circuit. Being born in a Punjabi family in New Delhi, she has been an active golf player and played at the national level. Ms. Singh, who began her career in modelling at the age of 18, won critical acclaim for her role in Kannada film Gilli in 2009 and took part in Femina Miss India 2011 pageant which bestowed her five subtitles including Pantaloons Femina Miss Fresh Face, Femina Miss Talented, Femina Miss Beautiful Smile and Femina Miss Beautiful Eyes and ‘Miss India- People’s Choice’. Her role in Telugu film Venkatadri Express became a commercial success and earned her the Best Actress nomination at the 61st Filmfare Awards South. Her Bollywood debut Yaariyanin established her as a mature actress. Her experience and early achievements have placed her as the female lead in Surender Reddy’s Kick 2 opposite Ravi Teja- which became the ninth highest grossing film of 2015 at US Box office. This leads her to land in bigger projects this year like Bruce Lee, Nannaku Prematho, and Sarrainodu. Though she also has an upcoming Hindi film in her kitty, Ramesh Sippy’s Shimla Mirchi, she is more likely to concentrate in the projects from south. Let’s see what the stars have in store for this gorgeous actress.

What The Stars Say:

Summarily, Ganesha feels that Rakul has great natal potential to reach a much better position in the film industry.