Interesting projects along with some hurdles in store for Raj Kumar Hirani in 2016! 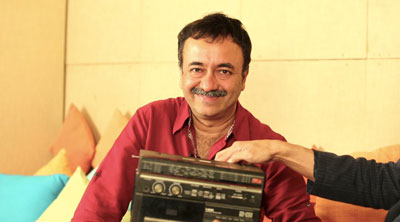 Raj Kumar Hirani, more populerly known as Raju Hirani, is a well known producer, screenwriter, director and editor! Raju Hirani received his first big recognition as the editor of Mission Kashmir. His very first movie as a director Munna Bhai MBBS set the bar high for all upcoming and aspiring directors. Raju Hirani then went on to make Lage Raho Munna Bhai became even a bigger hit with it’s unique concept of Gandhigiri! His film 3 Idiots, based on Chetan Bhagat’s popular book, 5 Point Someone, broke all commercial records around that time. With PK in the year 2014 Raj Kumar Hirani turned Producer as well.. He’s won many National and Filmfare awards amongst others. He is a living proof of the fact that there is no set formula for success. To succeed, all you need is drive and conviction! Ganesha takes a look at what the year ahead has in store for this man of few words…read on…

Ganesha wishes a great time ahead to Rajkumar Hirani and his forthcoming films!