Ganesha feels Rajinikanth may win an award for his upcoming film next year! 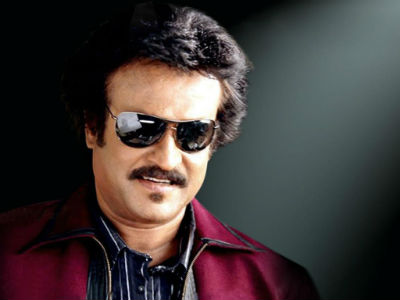 Rajinikanth is more than just an actor – he is considered, like Sachin Tendulkar is in cricket, the God of the Southern film industry. But he has spread his wings to Bollywood also, acting in several hit movies, and is by now a byword across the length and breadth of India. Rajinikanth began is acting career early, even as he worked as a bus conductor in Bangalore. He joined the Madras Film Institute in 1973 to pursue a diploma in acting. Following his debut in K. Balachander’s Tamil drama Apoorva Raagangal (1975), his acting career commenced with a brief phase of portraying negative characters in Tamil films. After establishing himself as a lead actor in a number of commercially successful films, he began to be referred to as a “superstar”. His mannerisms and inimitable delivery of dialogue in films contribute to his mass popularity and appeal. He was honored with the Padma Bhushan in 2000. At the 2014 International Film Festival of India, he was conferred with the “Centenary Award for Indian Film Personality of the Year”. On his birthday, Ganesha with the help of astrology, takes a look at what the future holds for him.

Ganesha wishes a great time ahead to Rajinikanth on his birthday. Vaani Kapoor - Will She Reach The New Heights In The Upcoming Year?...